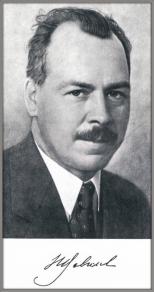 Nikolai Ivanovich Vavilov (1887-1943). Not a name familiar to many people. Vavilov is, however, one of my scientific heroes.

Until I began graduate school in September 1970, when I joined the MSc course at the University of Birmingham on Conservation and Utilization of Plant Genetic Resources, I’d never even heard of him. In fact, looking back, I’m rather surprised that his name didn’t crop up once during my undergraduate years. I’d been encouraged to apply for a place on the Birmingham course by a lecturer in genetics at Southampton University, Dr Joe Smartt. But Vavilov and his work was not on the curriculum of botany courses that I took.

In preparation for Birmingham, I’d been advised to purchase and absorb a book that was published earlier that year, edited by Sir Otto Frankel and Erna Bennett [1] on genetic resources, and dedicated to NI Vavilov. And I came across Vavilov’s name for the first time in the first line of the Preface written by Frankel, and in the first chapter on Genetic resources by Frankel and Bennett. I should state that this was at the beginning of the genetic resources movement, a term coined by Frankel and Bennett at the end of the 60s when they had mobilized efforts to collect and conserve the wealth of diversity of crop varieties (and their wild relatives) – often referred to as landraces – grown all around the world, but were in danger of being lost as newly-bred varieties were adopted by farmers. The so-called Green Revolution had begun to accelerate the replacement of the landrace varieties, particularly among cereals like wheat and rice.

Thus began my fascination with Vavilov’s work, and a career in genetic resources in a broad sense that was to last 40 years until my retirement in 2010.

Vavilov was a botanist, geneticist and plant breeder who rose to the top of agricultural research in the Soviet Union who, through his many expeditions around the world (described in the book Five Continents [2], published posthumously in English in 1997) assembled a vast array of diversity in many crop species. Vavilov developed two seminal theories of crop evolution, which have influenced the science of genetic resources ever since.

The first was his Centers of Diversity and Origin, in which he stated that “the place of origin of a species of a cultivated plant is to be found in the area which contains the largest number of genetic varieties of this plant.” While we now appreciate that this was an oversimplification, his ideas about the origin of crop diversity have been the foundation for much of the genetic resources exploration carried out in subsequent decades.

The second was his Law of Homologous Series in the Case of Variation, published in Russian in 1920 and in English in 1922. I applied this concept in my search for pest resistance in wild potatoes, which I presented at a Symposium organized by the Linnean Society of London and the Institute of Archaeology, University College, London in 1987 to celebrate the centenary of Vavilov’s birth [3].

Vavilov died of starvation in prison at the relatively young age of 55, following persecution under Stalin through the shenanigans of the charlatan Trofim Lysenko. Lysenko’s legacy also included the rejection of Mendelian genetics in the Soviet Union for many years. Eventually Vavilov was rehabilitated, long after his death, and he was commemorated on postage stamps at the time of his centennial.

Although never having the privilege of knowing Vavilov, I do feel that I met him vicariously through three people I have known, who did meet him, and I worked with two of these for many years. 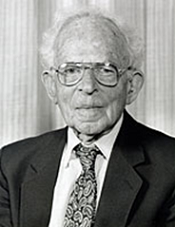 First, Sir Otto Frankel FRS, who I first met at a genetic resources meeting in Jakarta in the mid-80s, was an eminent wheat breeder and geneticist, and one of the founders of the genetic resources movement. Originally from Austria, he had escaped before the Nazis came to power, and moved to New Zealand and Australia afterwards. Frankel visited Vavilov in Leningrad (now St Petersburg again) in 1935.

Jack Hawkes, Mason Professor of Botany at the University of Birmingham and my PhD supervisor, travelled to Leningrad in 1938 to consult with Vavilov’s colleague, SM Bukasov, about the potatoes he had collected in South America. He wrote about his meeting with Vavilov, which he presented at the Vavilov Symposium referred to above [4].

John S Niederhauser was an eminent plant pathologist who spent many years researching the potato late blight fungus in Mexico. He was awarded the World Food Prize in 1990. I worked for several years with John in the 1970s when I was regional leader for the International Potato Center in Costa Rica, and we were developing and implementing what turned out to be the first consortium, PRECODEPA (Cooperative Regional Potato Program – in four Central American countries, Mexico and the Dominican Republic), of the Consultative Group on International Agricultural Research (CGIAR). As a young man of about 17, so John told me, he’d asked a travel agent how far he would be able to travel (return) from San Francisco with the money he had available: Leningrad was the destination. Walking around a research garden there one day, he was approached by a kindly gentleman – Vavilov as it turned out – who offered him the chance to work for a few weeks harvesting germplasm evaluation trials on one of his institute’s research stations in the Soviet southeast.

What all three emphasised – in their writings or related to me personally – was Vavilov’s friendliness, generosity of spirit, his boundless energy, and above all, his humanity, and that he treated everyone as an equal, even young persons as Hawkes and Niederhauser were when they met him.

Vavilov’s legacy endures. He is recognized as one of the giants of 20th century biology. And he has been an inspiration for countless students of genetic resources conservation and use.