Yesterday evening I heard the sad news that an old friend and someone who was very influential at important stages of my career, had passed away peacefully at his home on 30 March, at the age of 76.

Professor J T Williams (JT to his friends, or simply Trevor) played an important role during the late 70s and throughout the 80s in establishing an international network of genebanks that today underpin world food security.

The Birmingham years
I first met Trevor in September 1970 when I joined the 1-year MSc course on Conservation and Utilization of Plant Genetic Resources at the University of Birmingham. There’s no need to write about the course here as I have done so elsewhere on my blog. Short and stocky, a whirlwind of energy – and an inveterate chain smoker – Trevor joined the Department of Botany in 1968 or 1969, having been recruited by head of department Jack Hawkes to become the Course Tutor for that genetic resources course (which opened its doors in September 1969 and continued to train students over more than three decades).

One of Trevor’s main teaching responsibilities was a course on taxonomic methods that inspired me so much that very quickly I decided that I wanted to write my dissertation under his supervision. Fortunately, Trevor was quite happy to take on this role, and by November 1970 we had agreed on a topic: on the origin and diversity of lentils (Lens culinaris). I’d indicated an interest in working on grain legumes, a hangover, I guess, from my Southampton undergraduate days where Joe Smartt, a leading grain legume specialist, had encouraged me to apply to the Birmingham course. But why how did we settle on lentils? Trevor and I worked our way through the various genera of the Fabaceae in Flora Europaea until we came to Lens and read this concise statement under the cultivated lentil, L. culinaris: Origin not known. Well, that piqued our curiosity and we set about acquiring seed samples of as many different varieties from a wide geographical range as possible.

In 1971-72 my wife Steph also worked with Trevor for her dissertation on growth and reproductive strategies in a range of grain legumes – lentil and chickpea among them. While Trevor supervised several MSc students during his years at Birmingham, I believe he had only one PhD student – another close friend, Emeritus Professor Brian Ford-Lloyd, and together they carried out a pioneering study of the genus Beta (beets!) When I moved to the University of Birmingham in 1981, I was assigned Trevor’s old office in the Department of Plant Biology (formerly Botany).

Cambridge and Bangor
Trevor took his first degree in Natural Sciences from Cambridge University (Selwyn College, I believe), followed by a PhD at the University College of North Wales (now Bangor University) under the eminent ecologist and plant population biologist, Professor John Harper. Trevor then moved to Switzerland (I don’t remember where), and took a higher doctoral degree on the study of plant communities, or phytosociology. I’m also not sure if this was supervised by Josias Braun-Blanquet, the most influential phytosociologist of the time.

The move to Rome
In about 1977 Trevor was recruited to become the Executive Secretary of the International Board for Plant Genetic Resources that was founded under the auspices of the FAO in 1974. He remained with IBPGR until 1990. Following his retirement from IBPGR, it became the International Plant Genetic Resources Institute (IPGRI), then Bioversity International in 2006.Under his tenure, IBPGR sponsored a large number of collecting missions around the world – this was the germplasm collecting decade – as well sponsoring training opportunities for genetic resources specialists, not least to the MSc course at Birmingham. Although IBPGR/IPGRI remained under the auspices of FAO until the early 1990s, it had become part of the network of international agricultural research centers under the CGIAR. And Trevor served as Chair of the Center Directors for at least one year at the end of the 1980s. In 1989 the Birmingham course celebrated its 20th anniversary; IBPGR sponsored a special reunion and refresher course at Birmingham and in Rome for a number of past students. We also recognized the unique contribution of IBPGR and Trevor joined us for those celebrations – which I have written about elsewhere in my blog.

Adi Damania (now at UC-Davis) sent me the photo below, of IBPGR staff on 2 December 1985, and taken at FAO Headquarters in Rome.

After IBPGR
In the 1990s Trevor spent some years helping to organize the International Network for Bamboo and Rattan (INBAR) as a legal entity with its headquarters in Beijing, China. And it was there in about 1995 or 1996 or so that our paths crossed once again. I was visiting the Institute of Botany in Beijing with one of my staff from IRRI’s Genetic Resources Center, Dr Bao-Rong Lu. One evening, after a particularly long day, we were relaxing in the hotel bar that overlooked the foyer and main entrance. As we were chatting, I noticed someone crossed the foyer and into the dining room who I thought I recognized. It was Trevor, and I joined him to enjoy more than a few beers until late into the night. I didn’t have any further contact with Trevor until one evening in January or February 2012. It was about 7.30 pm or so when the phone rang. It was Trevor ringing to congratulate me on my appointment as an OBE in the New Year’s Honours List. We must have chatted for over 30 minutes, and it was great to catch up. That was the last time I spoke with him, and even then he told me his health was not so good.

But let’s not be too sad at Trevor’s passing. Instead let’s celebrate the man and his enormous contribution to the conservation of plant genetic resources worldwide. His important role will be remembered and recognized for decades to come. I feel privileged that I knew and worked with him. His incisive intellect and commitment to the conservation of genetic resources and community made him one of my role models. Thank you, Trevor, for your friendship, words of wisdom, and above all, your encouragement – not only to me, but to your many students who have since contributed to the cause of genetic conservation.

Remembering Trevor – updates
Trevor’s funeral was held on Wednesday 22 April at 13:30, at St Chad’s Church, Handforth, Cheshire. His sister Wendy asked that in lieu of sending flowers, donations could be made to the Millennium Seed Bank at Kew. Jill Taylor, Development Officer at the Kew Foundation has set up an ‘account fund’ in Trevor’s name – that way she can collate the donations and be able to provide the family with a total amount raised. She will of course make sure that the whole amount is used for the work of the Millennium Seed Bank. All donations can be sent for Jill’s attention:

Jill Taylor Kew Foundation 47 Kew Green Richmond TW9 3AB
Tel: 020 8332 3248
Cheques should be made payable to ‘Millennium Seed Bank’
Donations can also be made online using this live link – https://thankqportal.kew.org/portal/public/donate/donate.aspx
If you donate online, please also email Jill at commemorative@kew.org so that she can assign it to Trevor’s ‘fund’. That email inbox is monitored by a small group so will be attended even if Jill is away.

Brian Ford-Lloyd and I attended Trevor’s funeral, along with Roger Croston, also a Birmingham MSc course alumnus and a collector for IBPGR for about two years from 1980 or so.

Trevor’s sister, the Reverend Wendy Williams (celebrating 55 years since she was ordained) gave a beautiful eulogy, highlighting Trevor’s strong Christian faith – something neither Brian, Roger or I were aware of – and the charitable work he was involved with in Washington, DC after he left IBPGR, but also in Rome during his IBPGR years. Click on the image below to read the Service of Thanksgiving. 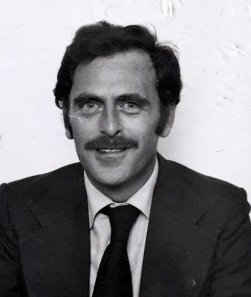 Certificate of Honour from the Royal Government of Thailand

With Brian Ford-Lloyd looking at some JTW memorabilia

Obituaries
Here’s the link to the obituary that was published on 1 May in the UK’s Daily Telegraph broadsheet newspaper.

An obituary was published online on 1 July in the international journal Genetic Resources and Crop Evolution. Click here to read. And another in the Indian Journal of Plant Genetic Resources.