Just recently I’ve been thinking about different musical partnerships or collaborations, for reasons that will become apparent towards the end of this blog post.

When it comes to much of the music of the 18th and 19th centuries, it seems that collaborations between composer and librettist weren’t celebrated as such.

Have you ever heard of Lorenzo Da Ponte? You haven’t? I didn’t think so. Neither had I until I searched for information about librettists who collaborated with well-known composers. Da Ponte (left, below) was the librettist for three of Mozart’s most famous operas: Don Giovanni, The Marriage of Figaro, and Così fan tutte. 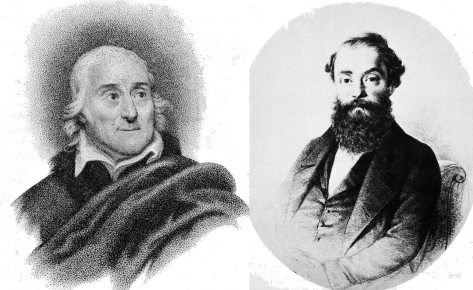 Or Francesco Maria Piave (right, above) who wrote ten of the librettos for Giuseppe Verdi, including La traviata and Rigoletto.

Funny how we don’t talk about Mozart and Da Ponte as such, an 18th century ‘Rogers and Hammerstein’. I jest.

Some composers like Richard Wagner were masters of music and words. He wrote both the libretto and score for Der Ring des Nibelungen, commonly known as The Ring Cycle.

In the late 19th century, the collaboration between dramatist Sir William Schwenck Gilbert and composer Sir Arthur Sullivan resulted in the production of fourteen comic operas such as The Mikado, Ruddigore, The Gondoliers, and The Pirates of Penzance, between 1871 and 1896. 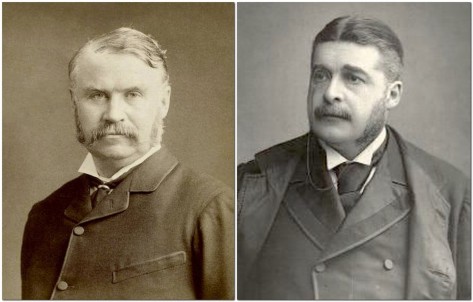 I’ve been a fan of G&S operettas since my early teens, and Ruddigore is a particular favorite. Here’s Vincent Price as Sir Despard Murgatroyd in a 1983 TV production of Ruddigore, opposite ‘Mad Margaret’ played by British actress Ann Howard.

Then if we move on a few decades, the collaboration between composer Richard Rodgers and lyricist Oscar Hammerstein II led to a string of Broadway musical hits, such as Oklahoma!, The King and I, and The Sound of Music.

Surely the most successful musical collaboration of the second half of the 20th century must be John Lennon and Paul McCartney that led to a plethora of Beatles hits and top-selling albums. Even though it seems that each wrote songs more or less individually, these were published under their joint names. 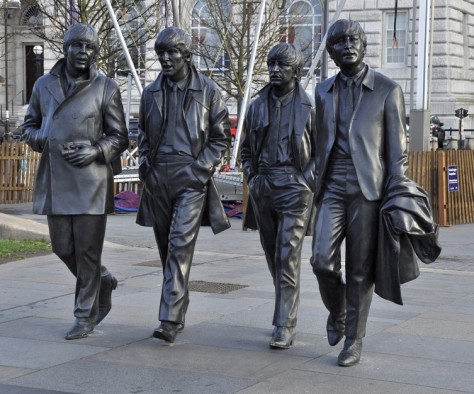 Being a child of the 60s, I was a big fan of Simon and Garfunkel. Still am. While Paul Simon wrote most of the songs during their active years as a duo, Art Garfunkel crafted how the songs were actually performed, the harmonies achieved and the like. They had their rifts, break-ups, yet came together periodically to wow their fans. Just listen to this performance of Sounds of Silence at Madison Square Garden in 2009, forty five years after it was first released. Makes the hair on the back of your neck stand up.

So this now brings me on to one of the most improbable musical collaborations of recent years, between Robert Plant, front man and bare-chested singer of rock band Led Zeppelin, and Alison Krauss, queen of bluegrass and multiple Grammy award-winning lead of Alison Krauss and Union Station.

What an unlikely coming together of artists from wildly different genres. Yet, it was a match made in heaven. In 2007, Plant and Krauss released an album, Raising Sand, featuring thirteen tracks, and produced by T Bone Burnett (who plays guitar on the video below).

During the pandemic lockdown I’ve continued to take my daily walk, anywhere between 1.5 and almost 4 miles. And increasingly I have been listening to music on my iPod. I have more than 3500 tracks stored, and usually play them in shuffle mode so I never know quite what to expect next.

Just last week, within a minute or so of leaving home, I had the second track on Raising Sand streaming through my head phones. I’ve heard several versions of Killing the Blues (written by Rowland Jon Salley in 1977), but this live version by Plant and Krauss is just perfect, performed on the BBC’s Later with Jools Holland in 2008.