. . . often a mellow month, the transition from the hot, summer months to the cooler days of autumn.

When we worked overseas during the 1970s we would return to the UK each September on home-leave. And mostly enjoyed excellent weather.

I think September Song, that classic from 1938 and performed here by Jeff Lynne on his 1990 album Armchair Theatre, sums up the month just right.

September is also a Jackson birthday month. My father, Fred Jackson, was born on 15 September 1908. My eldest brother Martin and youngest grandson Felix share a birthday, 1 September, but 74 years apart, being 81 and seven respectively this year. And second grandson Elvis celebrates his birthday on 24 September. He will be nine.

It’s also a month when significant things happened during my career. 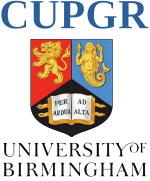 Fifty years ago, in September 1970, I enrolled at the University of Birmingham for the one year MSc degree course in Conservation and Utilization of Plant Genetic Resources run by the Department of Botany in the School of Biological Sciences. I had been in the university just once before, in the early summer of 1967, when I sat my Biology Advanced Level practical exam in the School’s first year laboratory, never anticipating I would be there again to study three years later.

A year later, in September 1971 I had expected to be on my way to Peru in South America, to join the International Potato Center (CIP) on a one-year contract to help manage the center’s potato germplasm collection. That didn’t happen then, but took until January 1973 before I departed these shores.

In September 1980, while winding down my five year assignment in Costa Rica, I heard about a lectureship that had just been advertised in the Department of Plant Biology (formerly Botany) at Birmingham. I sent in my application and successfully interviewed for the position in January 1981, joining the faculty in April.

Moving on a decade, it was during September 1990 that I first heard about a new position at the International Rice Research Institute (IRRI) in the Philippines as Head of the newly-created Genetic Resources Center. I was interviewed in January 1991 and joined the institute in July that year remaining there for almost 19 years before retiring in April 2010.

It’s now 2020. So what does September hold in store? Hopefully, it will be the month our house sale is completed and we move north to Newcastle upon Tyne.