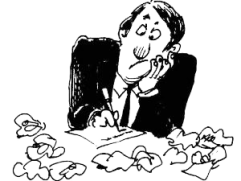 Ask almost any scientist, and the one thing they (mostly) have in common is their dislike (I could put it stronger) of having to write reports or to be held to deadlines.

Many would prefer never to be reminded they have reporting commitments, and just bury their heads in the academic sand. Just yesterday, I came across a twitter thread started by an academic deploring the lack of support from her institute in terms of reporting and, for her, making the whole process unacceptably complicated.

Reports come in many guises: progress reports to supervisors or project leaders, to their institutions, and perhaps most importantly, to the body that provided funds for their research project.

So having labored for hours, days, weeks or longer to prepare a proposal for submission to a funding body, and having that agonizing wait until the project is actually approved for funding, research scientists then have to prepare reports periodically on progress, and how the funding has actually been spent. Nevertheless, it’s important that scientists appreciate that they do have a responsibility, commitment even, to account for their projects and funding, even though many see this as an unacceptable chore taking them away from valuable research time and writing scientific papers, rather than just another component of the project implementation.

Now, if you work for one of the international agricultural research institute sponsored by the CGIAR [1], like I did for about 27 years in South and Central America (on potatoes at the International Potato Center or CIP) and in the Philippines (on rice at the International Rice Research Institute or IRRI), report writing came with the territory, so to speak. But the demands for reports have changed over the decades since I first became involved in 1973.

Back in the day, there were no electronic communications to permit instantaneous delivery of research reports. For example, when I worked for CIP in Costa Rica from 1976 to 1980, I had to submit quarterly reports to headquarters in Lima. These were sent in the mail, taking two to three weeks to reach their destination. That was accepted practice.

Not today, however. Some donors have become increasingly dysfunctional, with constant demands for information. Now! Because reports can be submitted as email attachments, requests are often posted at the last minute, without ever appreciating that to provide the necessary information might take hours, even days, to compile.

That’s not to say that responding to such requests with some urgency is unnecessary. But to compile and analyse information into a coherent report takes time. And for many scientists, time is of the essence.

When it comes to international agricultural research, the ultimate donors are tax payers, and governments have to satisfy that their investment is used appropriately and, more importantly, delivers the expected outcomes. I’ve written about those aspects in another blog post a few years back.

And, in the case of the CGIAR centers, that means having a positive impact of the welfare and livelihoods of farming families around the world, and those who depend on their agricultural productivity to survive, especially urban populations in cities and mega-cities who do not produce their own food. Take the case of rice, for example. Half the world’s population—several billion people—eats rice at least once a day, over a million tons a day worldwide, maybe more. That’s . And rice farmers must maintain their productivity, increase it even, if the demand for this staple crop is met. So it’s important to use the diversity in genebank collections to breed new varieties, or to fight pests and diseases. Then again, supply constraints must be understood if farmers are to be empowered to sell their rice, or what prevents women farmers in particular from improving their livelihoods.

In 2001, I gave up day-to-day science to join IRRI’s senior management team, as Director for Program Planning and Communications with the brief (and mandate) to beef up the institute’s management of its many research projects, to liaise with its donor community, and increase donor support for IRRI’s overall research agenda. It would be no exaggeration to state that when we set up the Program Planning and Communications office, IRRI’s relations with its donor had almost hit rock bottom.

For one thing, senior management had no clear picture of how many research projects were currently being funded, nor what commitments had been made to the respective donors. Indeed, things were so bad that some donors had threatened to pause existing funding support and not even consider new initiatives until the institute got its house in order. 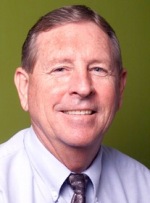 The Director General, Ron Cantrell, asked me to sort this deplorable situation and do whatever necessary to retrieve our standing with the donors. I can’t say that my efforts were universally welcomed by my colleagues at the outset. They had grown accustomed to not being held to account. But eventually they came to appreciate the value of having a support office like PPC.

First things first. It took a week to come up with a first but incomplete list of all donor-funded projects. The next step was to make sure we could identify each one uniquely. And like assigning an accession number to a sample of germplasm in a genebank, each project was given its own identity (DPPC-year-number), notwithstanding that each donor might also have assigned an ID according to their own project management. Even at the project concept stage, we assigned a DPPC number that remained with the project funded or not. We never re-assigned a DPPC number to another project. Eventually, as we built our project management system, we linked all the projects with the institute’s finance systems. Everyone was singing from the same hymn sheet.

Whereas IRRI was probably behind in its reporting on more than 75% of its projects when I set up the Program Planning & Communications Office in May 2001, we had recovered to less than 10% six months later. And, having worked with the donors by explaining what we were doing, they were very supportive. However, having made good progress in terms of improvement our relationship with donors, there were always a couple of prima donnas at IRRI who wouldn’t play ball, didn’t feel that any project management regime was their concern, and despite our best efforts rarely complied on time with requests for information and reporting. To the overall detriment of the institute, it has to be said. Having these scientists write a report was akin to getting blood from a stone.

Once we had a handle on the scope of IRRI’s projects, we set about establishing some standard operating procedures (SOP) to develop project ideas, to submit projects to donors, and to provide IRRI’s scientists with the appropriate support to meet donor expectations. We set up reporting schedules for each project, so that no scientist could claim they hadn’t realized a report was due, assisted scientists to finalize their reports in terms of donor formats, and editing, submitting reports on behalf of the institute and taking care of any follow up. One of the complexities we had to face were the different reporting formats and requirements that each donor adopted. But with support from my colleague Gene Hettel and his team (especially science editor Bill Hardy) in Communication and Publications Services (CPS) we always submitted quality reports easily recognizable as coming from IRRI. 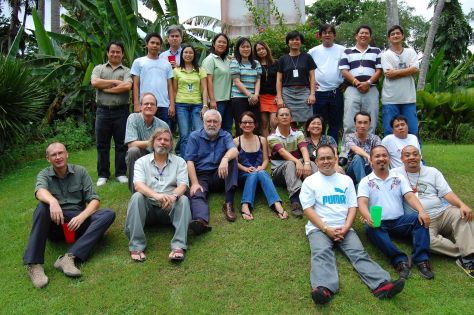 The CPS Team in 2008. Gene Hettel (head of CPS) is second from the left, front row. Bill Hardy (scientific editor) is kneeling (right behind Gene), to my right.

Reporting became just another component of any successfully-managed project, not an undesirable add-on seen by scientists as an imposition on their freedom and time. But the type of reports needed by donors were not the same as writing a scientific paper for example, and we had to unlearn many scientists from their usual publication habits. Donors are interested in progress and need sufficient technical information to establish scientific credibility. They don’t want to be swamped by technical jargon that too many scientists rely on. The information needed to be accessible to a non-technical readership, and that’s how the PPC team helped out, supported by our CPS colleagues.

Donors do not like surprises, so I ensured that my office maintained good communications with the many donor offices around the world, by email, by telephone, and making personal visits at least once a year. Establishing that personal relationship with my donor counterparts was an important aspect of my job as Director for Program Planning & Communications. If a project encountered a problem, or we expected a report to be delayed, or anticipated a project overrun, we talked with our donors from the outset, not leaving things until after the fact, so to speak.

Project implementation and management is a two way affair. Once made, donors should honor their commitments. And one donor, the UK government, has palpably failed in this respect regarding overseas aid (from which the CGIAR centers are funded), reducing its statutory commitment of 0.7% of gross national income (or GNI) to 0.5% for the foreseeable future, in response to the financial crisis brought about by the coronavirus pandemic. The UK gave its support through the Department for International Development (DFID) that has now merged with the Foreign & Commonwealth Office to form the Foreign, Commonwealth & Development Office. Overseas aid no longer has its own profile, much to the detriment of the program, and because of the reduction in aid commitment, a significant number of projects worldwide (not just CGIAR) that relied on British aid have been cut and even staff made redundant. This is an appalling situation, and although I don’t have to hand how this aid commitment has affected the CGIAR centers, I’m sure there will be a negative budgetary consequence.

So, while the donors require (demand even) accountability for the funds they allocate, I believe it is equally important that donors like the British government maintain their financial commitments, and behave responsibly.