I came across a link yesterday to an interview in Esquire magazine with Rolling Stones lead guitarist Keith Richard, in which he rubbished The Beatles’ 1967 album Sgt. Pepper’s Lonely Hearts Club Band. Each to his own, I guess, but he was not the first person to take a dislike to Sgt. Pepper. 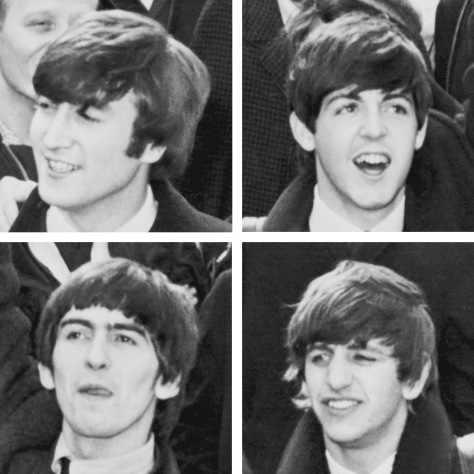 Over the past few days there have been anniversaries of the first release of two of 12 studio albums released by The Beatles between 1963 and 1970: Help! and Revolver. Of course, The Beatles had a much larger discography of singles, albums, EPs, and compilations released in different countries as well.

I was never much of a She Loves You fan, and their early singles. I’m also less familiar with the first two albums or their fourth, Beatles For Sale.

I did see the film  A Hard Day’s Night when it was first released in 1964; and in late summer 1965 I stayed my elder brother Ed in London (he was between his first and second years at the London School of Economics) and I went to see Help! at the London Pavilion in central London where it had debuted on 29 July.

The first Beatles album I really began to appreciate however, and purchased just after it was released in early December 1965, was Rubber Soul. It was the highlight of a Christmas party I hosted for school-friends.

But it was the release of Revolver some eight months later that was the turning point for me as a committed Beatles fan. And Revolver still remains my favorite album.

Weeks ahead of its release in June 1967 I had already ordered my copy of Sgt. Pepper’s Lonely Hearts Club Band, and collected it on the release date from our local record shop. And, unlike Mr Richard, I do not think it’s rubbish. Quite the opposite.

I was in my second year at Southampton University when the double White Album was released in November 1968. Word very soon spread among the corridors of South Stoneham House (the hall of residence where I was living) that Mike Jackson on the 13th floor had a copy, and there was soon a stream of friends (and other South Stoneham residents I hardly knew) knocking on my door asking to listen. Abbey Road and Let It Be accompanied me through my final year at Southampton.

So what are my favorite tracks among all the ‘rubbish’? Funnily enough—and I’m at a loss to explain why—my all-time favorite Beatles track is We Can Work It Out, released on a double A-sided single (with Day Tripper) in December 1965, the same date as Rubber Soul.

And while Lennon and McCartney wrote most of The Beatles’ songs, credit has to be given to George Harrison* for the exceptional tracks he penned that appeared on these albums. In the last video at the bottom of this post watch an incredible tribute to George Harrison by fellow Traveling Wilburys Tom Petty and Jeff Lynne, with Danni Harrison (George’s son), Steve Winwood, and Prince (who contributes an outstanding guitar solo).

Here is my list of Beatles album favorites, and I’m quite surprised that so many are indeed Harrison tracks (maybe that’s why I became such a fan of The Traveling Wilburys later on):

Recorded at the Rock & Roll Hall of Fame Inductions in 2004, this interpretation of George Harrison’s While My Guitar Gently Weeps will make the hairs on the back of your neck stand on end.