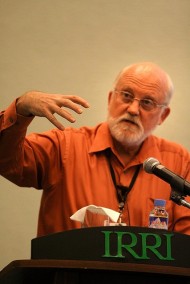 My former colleague, Bob Zeigler, Director General of the International Rice Research Institute (IRRI) in the Philippines, has often spoken of the ‘three revolutions’ that have dramatically transformed the way we develop new crops to feed a hungry world.

So what are they?

Simply, these are the revolutions in: 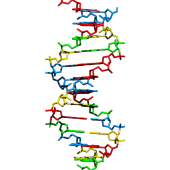 It’s 60 years since the structure of DNA was elucidated by Watson and Crick, for which they and Maurice Wilkins were awarded the Nobel Prize in Physiology or Medicine in 1962. But just think how far we’ve come in just the last decade. The human genome was deciphered in 2003, and the rice genome in 2004 (although drafts of both were available earlier). And since then, there has been an ‘explosion’ of genomic data for many different crops that is throwing new light on gene function and control, and facilitating the use of genetic resources for crop improvement. You only have to think back to the early 1980s when we were making the first stabs at studying diversity at the molecular level, using isozymes and subsequently a whole range of molecular markers. These have become increasingly sophisticated such that it’s now possible to detect differences (known as polymorphisms) at the individual nucleotide (A-T-C-G) level. Where will molecular biology take us? Hardly a day passes without some new DNA revelation, or use of DNA in forensics. Most recently, analysis of DNA was used to verify the identity of a skeleton (of King Richard III it turns out, died 1485 at the Battle of Bosworth) unearthed in a car park in Leicester in the English Midlands. And on the rice front, discovery of genes for submergence tolerance (the so-called SUB1 varieties) and phosphorus uptake are helping rice breeders respond to the challenges of climate change.

At the same time, molecular studies have generated petabytes of data. Fortunately, developments in computer technology and data storage have not only enabled scientists to contemplate handling such vast amounts of data but analytical tools can be run even on the humble PC.

And thirdly, where would we be today without rapid and easy communication almost anywhere in the world? Rapid advances in telecommunications and development of the Internet not only permit easy exchange of data between collaborators, but also collaboration in real time between researchers at different locations.

However, just think back a decade or less. Today we take the Internet, broadband, smart phones and related technologies for granted. We chat across countries and time zones on Skype. Geographical Information Systems (GIS) help us make sense of complex spatial patterns (see this set of interesting mapping interpretations) and statistics combined with the latest computer graphics unlocks a new perspective on global health issues (as explained by Professor Hans Rosling of the Karolinska Institute in Sweden in a video). 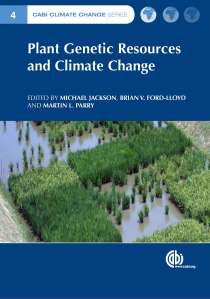 When I joined IRRI in July 1991, I had to almost beg for a PC on my desk – and email was quite basic. The then Deputy Director General – Research, Ken Fischer, actually questioned whether every member of staff would need a PC. And color monitors were not even allowed – for a few years at least! How could we manage without email (or the Internet) these days?Access to email has been essential for managing the publication of our latest book on plant genetic resources and climate change (as has use of search engines like Google to verify all the scientific publications cited in each chapter). Incidentally several of the chapters explain just how molecular biology has advanced the use of germplasm for crop improvement. The cover of the new book illustrates the obvious advantage of the submergence tolerant SUB1 rice varieties (the healthy plots!).

But email has changed how we do business, and in the case of international agricultural research, it’s made some donors quite dysfunctional. In the past (a decade or more ago) when we had to rely more on ‘snail mail’, calls for research proposals were sent out in good time. Nowadays, everyone is expected to respond immediately. It’s not uncommon for some donors to expect a response almost by return, even though they have cut the lead time. On the other hand, meeting deadlines has been eased somewhat by online submission, rather than having to run the vagaries of postal services worldwide.

I remember when I was working in Costa Rica in the 1970s, I would set my annual work program with my bosses in Lima, and then they’d let me get on with it. No constant harassing by email or phone. If I wanted to get in touch with anyone in Lima ‘quickly’, I had to use telex (does anyone use telex any more?), or book an international phone call a couple of days in advance. Now we take it for granted that we can contact anyone, anywhere, and at any time. But do I want a smart phone? Not really. I’m quite happy with ‘old’ mobile technology, and not being able to read emails on my phone.

Of course, the positives outweigh most, if not all, of the negatives. Modern telecommunications mean that I can talk with my grandchildren in Minnesota and Newcastle upon Tyne by Skype every week. And it’s also amazing how quickly these youngsters are picking up on technology – outsmarting the smart phones.

Where will it all lead? Who knows? I don’t think as little as a decade ago we could have predicted with any certainty just how rapidly advances would be made in molecular biology, computer technology, and telecommunications. The next decade is going to be stupendous.