Earlier today, I visited the public library in Bromsgrove searching for a book in the history section to read over Christmas. And I spotted a new acquisition by Stephen Bates with the title Penny Loaves & Butter Cheap – Britain in 1846.

1846 was just six years after my great-grandfather William Jackson was born. And that got me thinking.

My middle name is Thomas, and I’m named after my paternal grandfather. Yesterday, 17 December, would have been his 142nd birthday. He was born in 1872.

When I was born in 1948, the fourth youngest of his grandchildren, he was already in his mid seventies. He was profoundly deaf, so never served in the military – unlike my maternal grandfather, Martin Healy, who served with the Royal Irish Regiment on the Northwest Frontier for nearly five years from December 1894, and in South Africa during the Boer War for almost three years from November 1899.

After retirement in 1931, Grandad and Grandma moved to Hollington, a small village about halfway – more or less – between Ashbourne and Derby, where Grandma was born in 1880.

They lived in Ebenezer Cottage, and some of my earliest memories are of visiting them, along with aunts and uncles and cousins for large family Sunday gatherings. Grandad had his chair in the far corner of the room from the door, and woe betide any of us grandchildren bumping up against his chair and waking him up from a nap. He had this big white moustache, and bushy eyebrows. It was hard talking to Grandad – you always had to shout to make yourself understood. 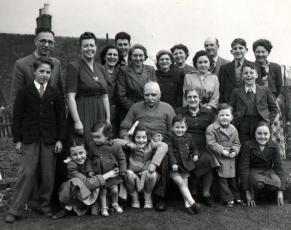 With our extended family at Hollington in 1950. I’m the little boy standing on the left, being hugged by my sister Margaret.

With Grandma and Grandad, and my elder brother Edgar, late 50s.

Rebecca (my Dad’s younger sister, and mother of Angela),Grandma, my Mum, cousin Angela, me, Edgar, Grandad – about 1961.

I’m sure he was very fond of all his grandchildren, but you couldn’t always tell as he often had this stern look on his face. I don’t remember him smiling very much, but I’m sure he must have done. I have heard told that he was very strict with his children.

In 1954 my grandparents celebrated their Golden Wedding, with a party held in Hollington village hall. In 1964 it was their Diamond Wedding anniversary, a small family affair held at the house of my Auntie Wynne (my dad’s elder sister) and Uncle Cyril, where my grandparents had been living since the early 1960s after they had become too frail to continue living on their own at Ebenezer Cottage.

The Golden Wedding in 1954. I’m sitting on the ground on the left (aged five).

The beginning of the Victorian Age is for me only three generations back, to 1839 and the birth of great-grandfather William. The Napoleonic Wars had ended just a couple of decades earlier; the Crimean War was still 14 years in the future. The railway network was just beginning to expand rapidly, the canals already moving towards decline. And of course, there was increasing urbanization and that major transition from a pre-industrial to an industrial age and its associated evolution of the political system in the UK. Twelve of Charles Dickens’ 15 novels were published during William’s lifetime. William died in 1888, aged 49.

And for me, it has always been interesting to conjecture what impact – if any, or to what extent – the great events of those times had on my family. At least we know when and where they lived, and what they did for a living. These are my ‘live’ connections with history.

Over the past 18 months I’ve been busy organizing a major science conference – on rice – that was held in Bangkok, Thailand during the last week of October. That’s one of the reasons I have been less active on this blog; I was running another about the science conference at the same time!

Sponsored by the International Rice Research Institute (IRRI), the 4th International Rice Congress brought together rice researchers from all over the world. Previous congresses had been held in Japan, India and last time, in 2010, in Hanoi, Vietnam (for which I also organized the science conference). This fourth congress, known as IRC2014 for short, had three main components:

Delegates attending one of the sessions

Looking over the exhibition hall

An impressive display of flood-tolerant rice

But the science conference was undoubtedly the main reason for most delegates being at IRC2014 that week. Held at the Bangkok International Trade and Exhibition Centre (BITEC), this venue was chosen for its convenient location (about half distance between downtown Bangkok and the international airport), proximity to public transport (the BTS), and its excellent facilities. 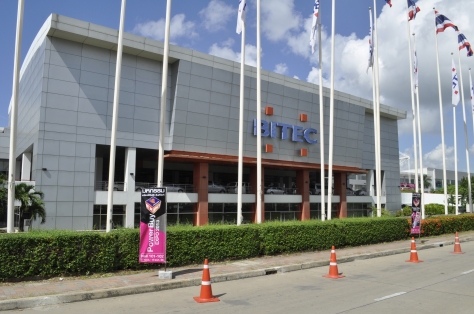 Way back at the beginning of 2013 IRRI management asked me if I would like to organize the science conference in Bangkok, having taken on that role in 2009 before I retired from IRRI and for six months after I left. From May 2013 until IRC2014 was underway, I made four trips to the Far East, twice to Bangkok and three times to IRRI. We formed a science committee, and I was fortunate to have a group of very professional scientists assisting in the planning and delivery of the science conference. Thai rice pathologist Dr Poonsak Mekwatanakarn [1] became my Co-Chair, and IRRI rice root biologist Dr Amelia Henry was the Deputy Chair, and the three of us formed an Executive Committee. 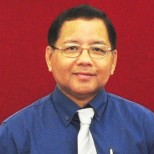 Our ambitions for the science conference were set high. We wanted to encourage as many rice scientists from around the world to make the trip to Bangkok and share their research with their peers. And I believe we did achieve that. More than 1400 delegates attended IRC2014, from 69 countries. The science program had five components:

On all three days there were six parallel sessions of oral papers, with an additional forum about funding agricultural research on the first afternoon, and a workshop on drip irrigation on the second afternoon. Some IRC2014 highlights At the Opening Ceremony on the Tuesday afternoon (28 October), we were treated to an impressive display of Thai dancing, and there were speeches from His Excellency Petipong Pungbun Na Ayudhya, Minister of Agriculture and Cooperatives, and from Privy Counselor Amphon Senanarong, representing His Majesty King Bhumibol Adulyadej of Thailand. 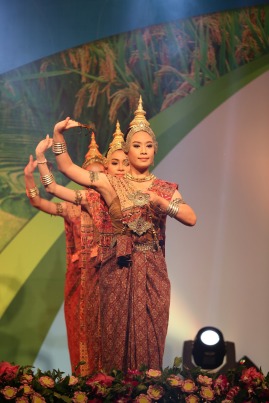 During the actual science conference, 29-31 October, attendance at the various sessions was good, with only one or two reporting low numbers. There was also ample opportunity for delegates to network. 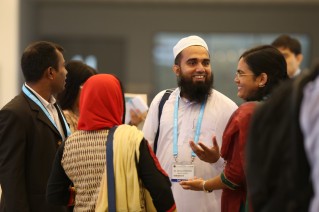 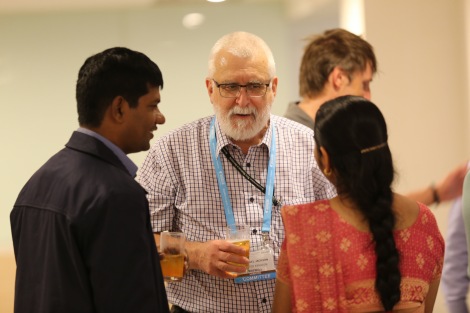 On Saturday 1 November, many delegates took advantage of one of the post-conference tours, that mixed both rice research and production visits as well as some Bangkok tourism. These videos highlights some of the different activities at the conference.

One of the main highlights – for me at least – was the opportunity we had to recognize 29 Young Rice Scientists (YRS) from 19 countries who had submitted papers and that had been selected in the blind review. Each YRS had to be 35 years or younger, working in rice research or conducting research for a graduate degree. We also put a special sticker with each poster authored by a Young Rice Scientist.

The initiative was highly appreciated by young scientists especially but also among all delegates at IRC2014. This was a great opportunity for young scientists – the next generation – to compete on equal terms with their peers and longer-established scientists. In this video, a couple of the YRS speak about what the award meant to them. Incidentally, each YRS received a return ticket to Bangkok, conference registration, a ticket to the congress dinner, and five nights accommodation in a hotel.