That will be the question (approved by Parliament) that the British electorate will be asked in a ‘once in a generation’ referendum on our membership of the European Union (EU) on Thursday 23 June later this year.

I’m 67 years old. I’ve been a proud ‘European’ much longer than not, since Edward Heath took the UK into the European Economic Community (EEC) in January 1973. In fact, half the UK population has only ever experienced life as a UK member of the EEC or its successors, the European Community (EC) and, since 2009, the European Union.

Has that diminished my pride in being a UK national. I don’t feel that I have lost anything of my Britishness by also being part of the EU. In fact, I believe that our nation has been enhanced by being a member of the EU.

Don’t get me wrong. I’m no apologist for the EU. The workings of the Commission, and the seemingly endless stream of directives and regulations—not, by any stretch of the imagination, always clear or even necessary perhaps—have built up a legacy of resentment. Not just in the UK but in other member countries.

But I do feel that after more than four decades our place should remain in Europe. It’s not just about safety and security. The economic considerations are enormous. And although the referendum campaign is less than two weeks old, I’m already annoyed by the ‘Leavers’ continually claiming that the ‘Remainers’ are using scare tactics. The Leavers—latter-day Creationists—are asking to take a leap of faith that the other 27 countries of the EU (after a departure of the UK) would bend over backwards to accommodate us. Pie in the sky, in my opinion. Is it scare tactics to insist they clarify what would be the actual consequences of leaving the EU?

I certainly support the BRITAIN STRONGER IN EUROPE campaign.

Environmental and human rights are stronger by being a member of the EU. One of the more powerful arguments I heard on the radio recently was by Frances O’Grady, General Secretary of the Trades Union Congress who stated that workers’ rights in the UK were stronger because of our EU membership. Would these be eroded if the UK left the EU? Almost certainly, given the overall policy perspectives of this Conservative government. Furthermore, the immigration and benefits arguments are overplayed, and represent a minuscule cost apparently compared to the overall economic status of the country. Given the political focus on immigration by UKIP and others I fear the referendum is taking on an unsavory perspective.

Our science base is stronger by being a member of the EU, a position supported by many of the most distinguished British scientists. We relinquish science funding and easy collaboration through the EU at our peril.

But perhaps this whole EU Referendum has more to say about the state of the Conservative Party—which is hopelessly split (and may not recover whichever way the referendum goes)—and the jockeying for power among politicians (including failed ones like Ian Duncan-Smith) with super egos, or foolish individuals like Nigel Farage. I just wish that those on the Remain side in the Conservative Party would also make their arguments from a positive standpoint, as well as demanding the Leave side clarify what OUT would really look like. As for the Labour Party, even though it is almost unanimous in its support for the Remain campaign, I despair of Jeremy Corbyn. What a lacklustre leader! He needs to be out there campaigning actively for continuing EU membership.

Whatever arguments are put forward, and however hard the Leave campaign might try to persuade me otherwise, I’m definitely . . . 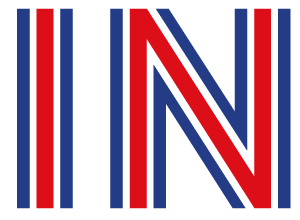 . . . and, rather than carping from the sidelines (a ‘tradition’ of successive governments over the decades) we will need a UK government (of whatever persuasion) as an active member of the EU, working positively on the inside, delivering liberal doses of British pragmatism to bring about the real reforms that will benefit all member states.

I really hope that the UK will, after 23 June, still be one among 28. If we vote to leave the EU, I fear that we might end up a lonely and increasingly insignificant small island looking longingly at what might have been. That’s not a prospect I relish during this next stage of my life.