In September 1969, the first ever one-year course on plant genetic resources conservation and use (leading to the graduate Master of Science degree) was launched at the University of Birmingham, in the Department of Botany. It was the brainchild of Professor Jack Hawkes, an internationally-renowned potato taxonomist, and one of the leading lights in the 1960s of the emerging genetic resources conservation movement.

Twenty years on, and Brian Ford-Lloyd and I wrote a short article for some newsletter or other – unfortunately I didn’t keep a record of which one. I think everyone was surprised that the course was still going strong and attracting many students. After all, Sir Otto Frankel had told Jack Hawkes in 1968 or thereabouts that the course would meet its demand within 20 years.

In September 1989, to mark the 20th anniversary of the course’s foundation and the first intake of students, the International Board for Plant Genetic Resources¹ (IBPGR) sponsored a refresher course of about three weeks for a small number of students at Birmingham and at IBPGR headquarters in Rome, Italy. During the Birmingham component, the participants also visited the Welsh Plant Breeding Station² in Aberystwyth, the Vegetable Genebank³ at the National Vegetable Research Station, Wellesbourne, and the Royal Botanic Gardens – Kew at Wakehurst Place in Sussex. 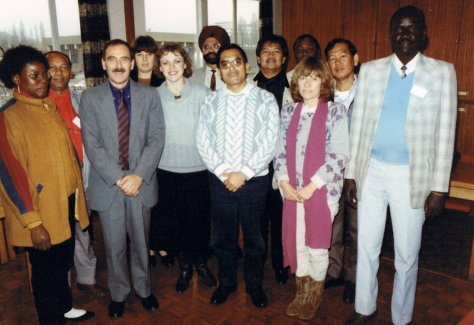 To mark the occasion, a rather rare medlar tree (Mespilus germanica) was planted during a special ceremony attended by several university dignitaries as well as Professor Hawkes as the first course director, and Professor Jim Callow who became head of the Department of Plant Biology (formerly Department of Botany) and Mason Professor of Botany, and the second course director  in 1982 after Hawkes’ retirement. IBPGR Director Professor Trevor Williams (formerly the MSc course tutor at Birmingham before his move to Rome in the late 1970s) was another of the honored guests.

And that same evening, the Dean of Science at that time, Professor George Morrison hosted a dinner to celebrate the MSc Course attended by course staff and past students. 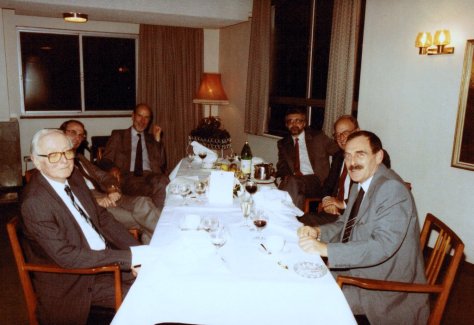 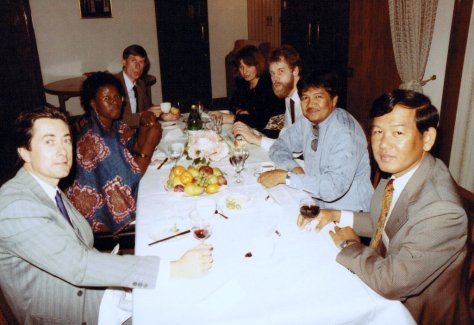 In 1996 there was another get-together of PGR students who had passed through Birmingham over the previous 27 years, including someone from the very first intake in 1969, Mr Trevor Sykes from Canada. I was a member of the second intake in September 1970. But this get-together had not been arranged. We had come together at the FAO International Technical Conference on Plant Genetic Resources in Leipzig, Germany. Most were members – leaders even – of national delegations to the conference. Thus was the impact – and continuing impact – of this important training course conducted over more than 30 years at the University of Birmingham.

Birmingham PGR students at the Leipzig conference in 1996. Trevor Sykes (class of 1969) is wearing the red tie, in the middle of the front row, standing next to Andrea Clausen (Argentina) on his left.

Missing: Raul Castillo (Ecuador) and Zofia Bulinska-Radomska (Poland) – who were working on a draft document when I had organized this photo opportunity.