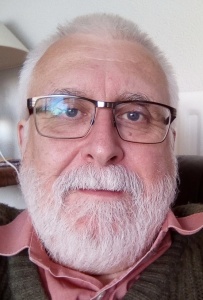 I’m proud to be British. But yesterday, 23 June, was a profoundly depressing day.

I’m also old (67 going on 68, if that counts as old), white-haired, and very ANGRY. I belong to that generation that overwhelmingly sold the youth of the UK down the river yesterday when they voted to leave in the referendum on the UK’s continuing membership of the European Union (EU).

There’s just one important difference. I voted to Remain. I was proud to be a British member of the EU. Now that has been dashed.

Now we are faced with the unedifying prospect of a (Not Caring) Conservative party led by the likes of ex-London Mayor and professional buffoon, Boris Johnson (BoJo), and his sidekick Michael Gove (MiGo) who always looks as though someone has just shoved a poker up his rear end.

From a photo I saw in one of yesterday’s newspapers, when they spoke at a news conference, they seemed as surprised – and as worried as many of us – that the vote had supported Leave. 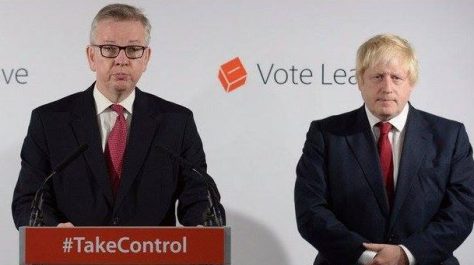 The Muppets, aka Michael Gove and Boris Johnson

Well BoJo and MiGo, it’s up to you now. You led the electorate down a slippery slope with your claims and beliefs not supported by any credible factual information. And the majority of voters, especially all the Little Englanders, duped by the virulent and racist propaganda spread by the moronic Nigel Farage (NiFa) of UKIP (immigration was the big issue it seems), placed their X in the ‘Leave’ box on the voting slip.

There was an interesting article in The Guardian newspaper today. The article surmises that BoJo really didn’t expect the Leave side to win the referendum – and frankly has no idea how to salvage the situation. Brexiters, be careful what you wish(ed) for!

It was a close call. Just under 52% of a 72% turnout (referendum statistics and maps here). A high turnout admittedly. Even so, that’s only 37% of the total electorate actually voted in favour of Brexit. Surely the bar for winning should have been set higher in light of the expected constitutional and far-reaching economic and social change that Brexit would inevitably bring about. But maybe that’s jumping the gun.

The country is now fragmented, a ‘house divided’. Scotland and Northern Ireland voted to Remain. England (apart from London) and most of Wales voted to Leave. This will surely lead to a second referendum for Scottish independence, and who would really blame the Scots this time round if they made the choice to go solo. The Northern Ireland perspective is much more problematical. After several decades of peace (more or less) after ‘The Troubles‘, could that increasing stability and prosperity be put in jeopardy if a border has to be set up between Northern Ireland and the Irish Republic. This alone should have been enough to make voters pause for thought. No-one wants to see a return to the violence, both in Ireland and in mainland Great Britain, of the 1970s to 1990s.

Anyway, it’s too late now. The electorate has ‘spoken’. The pound has fallen off a cliff, and more damage has been done to the British economy in a few hours than the contributions to the EU would have cost the country for many years to come.

The tone of debate in the referendum campaign was banal on so many occasions. And I was appalled listening to several members of the public asked on TV why they had voted to leave the EU.

‘I didn’t think my vote to leave would count‘, said one man, obviously regretting how he had voted in the light of the immediate aftermath when the value of pound fell, the stock market crashed and the Prime Minister resigned.

Another woman wisely commented (and I paraphrase): ‘We have taken control back and can now make our country great again, just as it was hundreds of years ago‘. How prophetic!

Another ignorant woman (and I’m sorry to have to use such a description) voted Leave because she claimed ‘All those immigrants are taking OUR (my emphasis) money and sending it back to their countries. It’s our money‘. I don’t think anyone ever questioned how she disposed of her legally-earned income.

It has to be admitted that the Remain side did not run a smart campaign. They did not persuade the electorate of the benefits of EU membership, and continuing membership. The campaign was hijacked by unsubstantiated promises of untold wealth outside the EU and growing fears of immigration. Oh, and the fact that everyone would be queuing at our door to make agreements with us.

OK. The EU is far from a perfect institution. But, warts and all, I still feel very strongly that it’s better to be in rather than out. We are now floating, rudderless, in uncharted waters. It seems our former EU partners wish us to float off westwards into the Atlantic, and as soon as possible. Far from countries lining up to support us, even close allies like the USA have indicated that when it comes to trade deals, the UK will have to join the queue. Heaven knows how our economy will shape up over the coming years. I’m not optimistic.

It’s a great pity that this lecture by Michael Dougan, Professor of European Law at Liverpool University, was not compulsory viewing for everyone intending to participate in the referendum.

I have many fewer years ahead of me than I have already enjoyed. With all the economic, constitutional, and political turmoil, we can expect the next years to be challenging. But I feel for my daughters’ generation and their children. Bigotry, false promises, and downright lies have condemned us all to an uncertain future.

There are even (anecdotal?) reports in the media that immediately after the polls closed on Thursday there was surge of Google searches from the UK for ‘What is the EU?’ I despair.

The leaders of the Brexit campaign now have to deal with the aftermath of the momentous decision to Leave. Are they up to it? Probably not. Many are second-rate or failed politicians, and that does not bode well for the country of my birth.

I voted to remain in the European Union but I guess I should congratulate those who supported the Leave campaign.