Bolsover Castle stands proudly over the northeast Derbyshire landscape, a prominent feature on the eastern skyline as one travels along the M1 motorway. It is owned and managed by English Heritage, and is just a few miles north of Hardwick Hall that we visited in 2015 almost exactly a year ago.

The histories of Bolsover Castle and Hardwick Hall are intertwined.

So who built Bolsover Castle? Standing on the site of a medieval castle, the castle we see today dates from the early decades of the 17th century. It was the vision of Charles Cavendish and his son William. 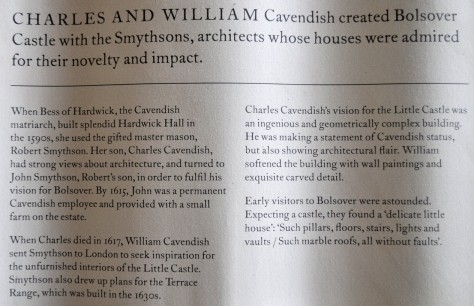 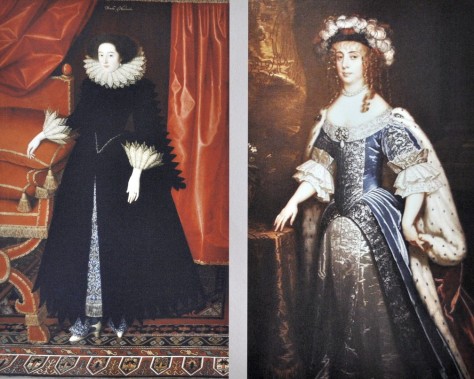 Although one part of the castle was demolished (slighted) by Parliamentarian forces during the Civil Wars, the Little Castle and its exquisite interior decoration has survived until today (although with some restoration by English Heritage). 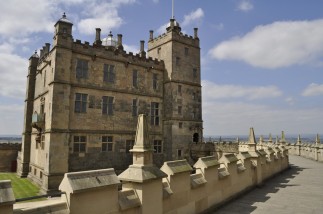 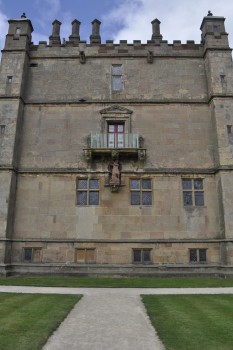 The Fountain Garden, the Walled Walk, the the Riding School Range in the distance, and the demolished Terrace Range on the right.

Seen better days – the Terrace Range
The Terrace Range is now in ruins, but when it was originally built it must have been spectacular, not only for the grandeur of the building itself, but also for the views over the Derbyshire landscape. 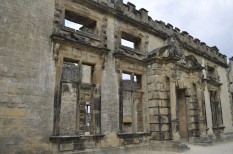 The heyday of Bolsover Castle did not last long.

The Ante Room
Just inside the main entrance, and to the left, of the Little Castle is the small Ante Room, with wonderful wood panelling and wall paintings. 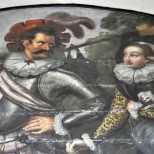 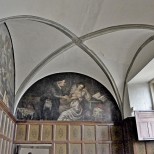 The Hall
The next room is the main hall, with fine vaulted ceilings, a large stone fireplace, and more paintings high on the walls. 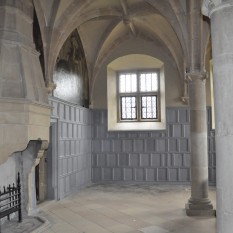 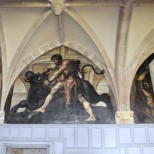 The Pillar Parlour
Beyond the Hall, and on the left before climbing the stone stairs to the first floor, is the Pillar Parlour. This is one the finest rooms in the castle. It has, like many rooms in the Little Castle, a fine marble fireplace with insets of black marble, a common theme throughout the building. 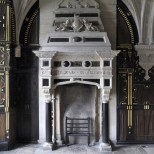 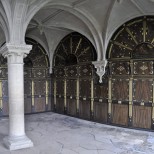 The Star Chamber
On the first floor is the Star Chamber, named after the beautiful light blue ceiling decorated with gold stars. The tapestries hanging from the walls are not original, but have been installed to show what the room might have looked like four centuries ago. Again there is a fine white and black marble fireplace, and exquisite paintings on the wood panelling. 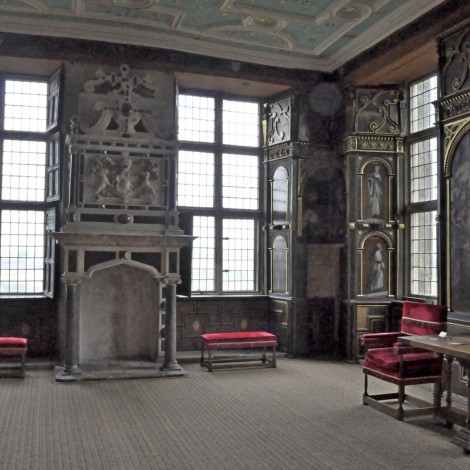 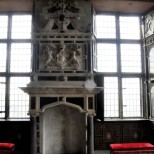 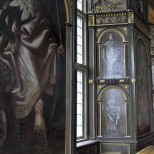 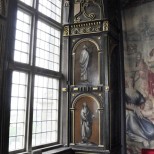 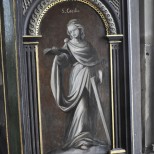 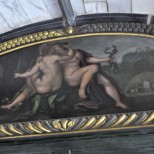 The Heaven Closet
This one of the most beautiful rooms in the building, so called because there is a figure of Christ is the center of the ceiling paining. It was completed in 1619. 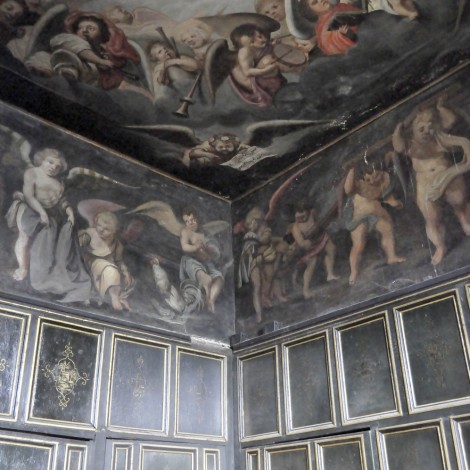 The Elysium Closet
Decorated in a Greek style, this small room off William’s bedroom, has a theme that is quite the opposite of the Heaven Closet.

The Lantern and top floor rooms
On the top floor, underneath a cupola, is a series of rooms leading off this central feature. It must have been a place where residents and guests met because of the way that daylight floods down to highlight the golden walls. 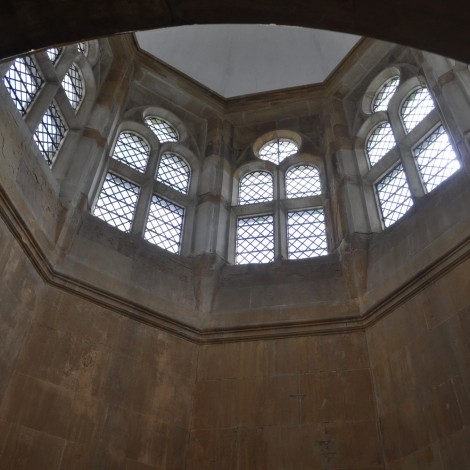 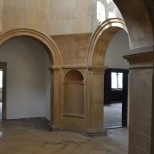 The Kitchens
There are several rooms in the basement, kitchens and storage rooms, that must have always been busy to satisfy the culinary need of the residents upstairs.

The Fountain Garden
Outside the Fountain Garden is dominated by a statue of Venus, and the planting reflects plants that would have been available during the 17th century. The Walled Walk provides great views over the garden.

The Riding School Range
Just through the main gateway to the castle, and to the left, is along 17th century building with a riding school. It’s possible to climb to the top floor and see the intricate and splendid wood beams holding up the roof. 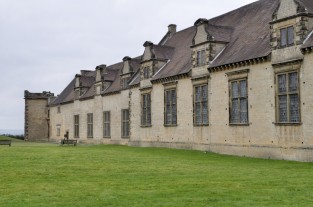 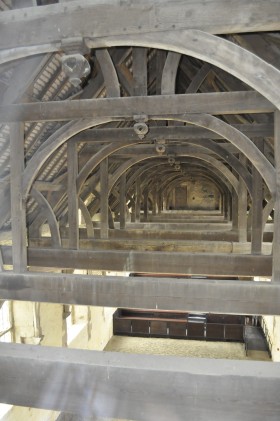 We have passed Bolsover Castle so many times when we travel up to Newcastle upon Tyne to visit our younger daughter Philippa and family. It was a day trip of more than 180 miles, but well worth it.

In Bolsover there is just a small car park close to the castle entrance, that was already full when we arrived. Just a little further on, and through a rather discreet entrance is another overflow car park – not signposted at all – where you can park free of charge on what must have once been part of the castle terrace.