In April 1976, my wife and I moved to Turrialba, Costa Rica where I set up an office for the International Potato Center at CATIE – Centro Agronómico Tropical de Investigación y Enseñanza. My principal remit was to develop a research program on adaptation of potatoes to warm and humid environments – the so-called tropical potato, as well as supporting the regional activities that were led at that time by my colleague Oscar Hidalgo from the regional office in Toluca, Mexico.

Very soon the focus of my work became the bacterial wilt pathogen (Ralstonia solanacearum), and this led to the identification of some interesting sources of resistance to the disease and development of agronomic practices to reduce the severity of attack in the field. And when Oscar moved (in late 1977) to North Carolina to begin his studies for a PhD in plant pathology, I became CIP’s regional leader for Mexico, Central America and the Caribbean, and we transferred the regional office to Turrialba. And in early 1978 we began to develop the concept of what became PRECODEPA, a cooperative regional potato program funded in large part by the Swiss government. Through PRECODEPA I visited Guatemala many times. The potato scientists there took responsibility for postharvest storage technologies.


In the south of the country the mountains stretch from the frontier with Mexico in the west to El Salvador and Honduras in the west. And it’s in the mountains to the west of Guatemala City, in the region of Quetzaltenango that most potatoes are grown. Much of the country, stretching way to the north is low-lying tropical rainforest – the home of the Mayans, and where we visited Tikal in 1977.

There are many volcanoes in Guatemala, some active. To the west of Guatemala City lies the old city of Antigua, and further west still the Lago de Atitlán, with a ring of villages on its shores, each named after one of the Twelve Apostles. The highly picturesque town of Sololá lies close by to the north.

Unlike Costa Rica, which has a very small indigenous community, Guatemala is ethnically and culturally very rich, and reminded us of our years in Peru. The beautiful weavings and typical costumes can be seen everywhere, and on an every day basis.

Guatemalan agriculture is quite interesting based as it is on multicropping or milpa systems of maize, beans and squashes. In fact, multi- or intercropping is extremely common in Guatemala, and I’ve even seen potatoes intercropped with maize and other crops there – something that is quite uncommon in other countries. 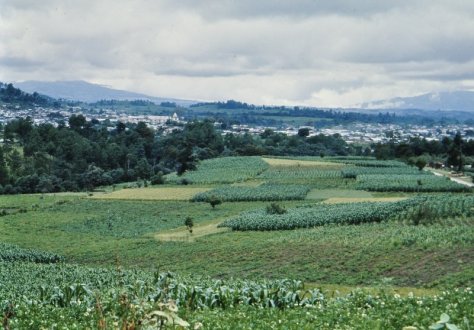 During one of our visits we met with representatives of an NGO (with several US citizens involved) in a small community, Comalapa, about 67 km west of Guatemala City and north of the provincial capital of Chimaltenango. I must have been very naive. It’s only quite recently that I became aware of the civil war that was ongoing in Guatemala at that time, and I’ve often asked myself whether we were lucky not to have come across either right-wing or left-wing groups that made people ‘disappear’.

Here are some photos that I took around Lago de Atitlán and Sololá. 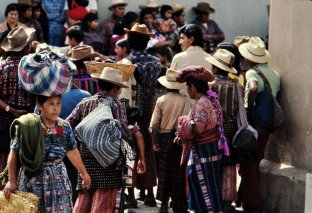 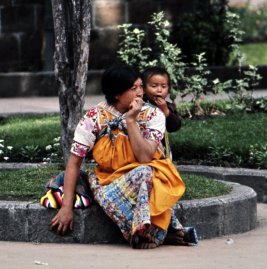 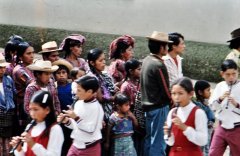 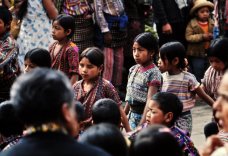 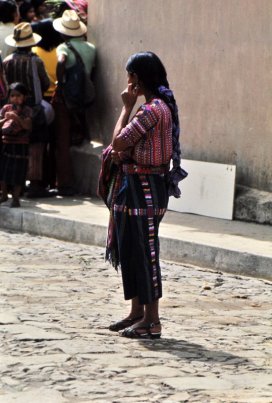 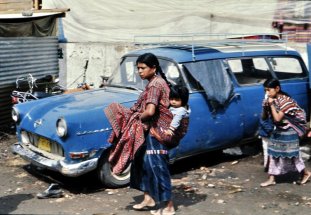