One of Northumberland’s most famous sons was artist and naturalist Thomas Bewick who became England’s finest wood-engraver.

Born in 1753 at Cherryburn in the village of Mickley beside the River Tyne, 12 miles west of Newcastle upon Tyne, Thomas was apprenticed in October 1767, aged 14, to Newcastle silver and copper engraver Ralph Beilby (1743-1817), who quickly (though reluctantly, so it is said) recognized Thomas’s skill as an engraver, particularly of wood. After his seven year apprenticeship, Thomas went into partnership with Beilby, and eventually took over the business.

Thomas was the eldest of nine children of John Bewick and his wife Ann Toppin. A younger brother John also became a renowned engraver and was apprenticed to Thomas. Click on the genealogy chart below to enlarge.

Thomas married Isabella Elliot in April 1786, and they had four children: Jane, Robert, Isabella, and Elizabeth. None of his children married and so Thomas has no direct descendants. Robert (also an artist) was apprenticed to his father; he became an accomplished player of the Northumbrian pipes.

Last week, Steph and I traveled the 20 miles from our home to Cherryburn that is now owned and managed by the National Trust.

A couple of rooms in the old farmhouse can be viewed, and are sparsely furnished with period pieces, much as it would have appeared, I imagine, in the late 18th century. The fireplace is particularly impressive.

Across the cobbled farmyard is a more recent house, from the 1820s that became the family home of Thomas’s brother.

This houses a small museum displaying many Bewick artefacts such as original boxwood blocks and prints from two of Thomas’s most accomplished works: A General History of Quadrupeds (published in 1790), and The History of British Birds (published in two volumes in 1797 and 1804). 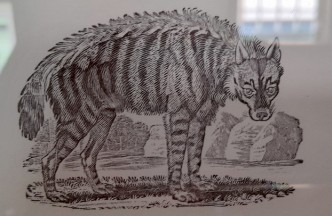 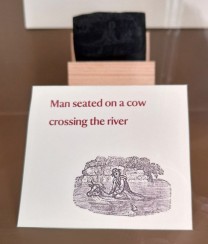 There is a gallery of engravings from his major publications on the website of The Bewick Society, and is well worth a look. They are simply beautiful.

Perhaps one of the best known of Bewick’s engravings is that of The Chillingham Bull (1789) as a single sheet print (7¼ x 9¾ inches). It was commissioned by Marmaduke Tunstall, of Wycliffe in North Yorkshire. Just look at the remarkable detail.

At the rear of the house, one room has now been converted into a printing shop, with a single sheet printing press (made in Edinburgh) that would have been similar to the type that Thomas Bewick was familiar with, although this particular press was not contemporaneous with Bewick. One of the National Trust volunteers was on hand to demonstrate just how these single sheet prints were made, with a copy wood block depicting the heron that appears in his book of British birds. The resulting print was a souvenir of our visit to Cherryburn. 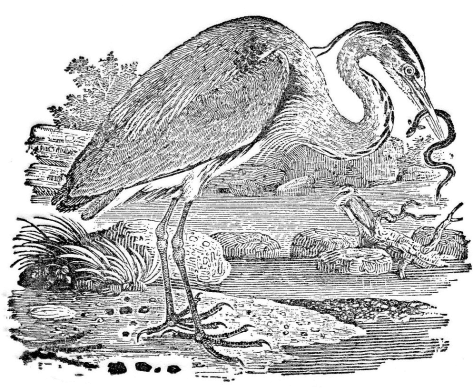 Before his death in 1828, Bewick had campaigned for a bridge across the River Tyne, something that was not completed until 55 years later in 1883. It is a single carriageway bridge and footbridge connecting Prudhoe on the south bank with Ovingham on the north.

And it’s in the churchyard of St Mary the Virgin in Ovingham (a 13th century building with a Saxon tower) where Bewick and his wife are buried on the west side of the tower. A stone memorial that was originally on the outside wall of the church now sits inside the porch, and there is a more recent one on the south wall near the altar. Memorials to Bewick’s three daughters and his wife, and his artist brother John can also be seen outside the porch. 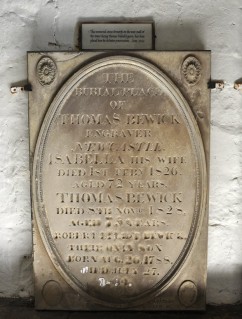 As you can see from the photos in this post, the weather was beautiful on the day of our visit to Cherryburn, affording superb views north over the Tyne into the Northumberland countryside. It’s no wonder that Thomas Bewick was inspired by the nature all around him. Who wouldn’t be? They are images forever engraved on my mind.