This past weekend, I was called a liar on Facebook. Not once. But three times.

Well, I’ve been called many things over my career but never a liar when it comes to my science. Back in the day that would have been sufficient cause for challenging the perpetrator to a duel. Instead, I’ll just blog about this incident.

The background I guess to this whole episode is a flurry of Facebook posts after ‘the Supreme Court of the Philippines recently ordered a permanent ban on field trials of genetically engineered (GE) eggplant and a temporary halt on approving applications for the “contained use, import, commercialisation and propagation” of GE crops, including the import of GE products. The court ruled in favour of Greenpeace Southeast Asia, as well as several Filipino activists, academics and politicians.’ This ban also affects the work of the International Rice Research Institute (IRRI) with regard to its research on Golden Rice.

While Greenpeace and other opponents of GM technology are undoubtedly elated by this turn of events, the Supreme Court’s decision has been widely condemned among the scientific community, none perhaps more powerfully than Filipino geneticist Michael Purugganan (the Dorothy Schiff Professor of Genomics, Professor of Biology, and Dean for Science at New York University) reported on the www.rappler.com website. 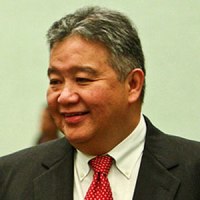 There then followed a number of posts on Facebook. The latest spat at the weekend began after I had read something posted by Dr Bruce Tolentino (IRRI’s Deputy Director General – Communication and Partnerships) about the value of GMOs. He was citing a recent article by computational biologist Grant Jacobs on the New Zealand Sciblogs, titled GMOs and the plants we eat: neither are “natural”.

Yet what most people call “natural” foods are rare mutants that have been selected or have been artificially bred (or often both). They have much more dramatic genetic changes than GMOs. Changes that scientists are still learning about.

Foods we eat today bear little resemblance to the wild species they were originally derived from. Even plants that we might not at first consider to be cultivated have been selected for many hundreds or, more usually, thousands of years.

Three hours after Bruce had posted the link to Jacobs’ blog piece, this comment was posted by someone affiliated to Greenpeace Sweden, Mr Stefan Bruhn:
‘Who is paying you for your lies Bruce Tolentino? Monsanto? Of course natural plants are safer since they have been consumed for hundreds or, more usually, thousands of years. And no, GMOs are not unsafe because they are GMOs, they are unsafe because they haven’t been properly tested. Further, most types of GMOs are crafted to be immune to toxics, which increases the use of toxics. And Monsanto owns the patent to the majority of GMOs, and Monsanto is evil. Stop lying your ass off for money you fraudster.’ 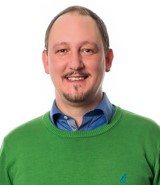 Well, I was quite shocked to see such a response so decided to discover who had made such a wild—and unfounded—accusation. Mr Bruhn (an erstwhile Facebook ‘friend’ of Bruce’s) is a political science graduate from Lund University who is listed on the Greenpeace site as having a responsibility for Donor Relations and Marketing (although ‘off duty’ right now, whatever that means). He has has worked at Greenpeace for almost 13 years.

I couldn’t resist adding a comment myself, and suggested that Mr Bruhn’s comment had been uncouth. I also made a link to something I had posted on my blog posts earlier in the year about GMOs after a Golden Rice field trial in the Philippines had been trashed by activists. Unfortunately I spelled his first name ‘Stephan’ rather than ‘Stefan’, and that appeared to have incensed him in subsequent comments:
‘Pity that you don’t even have the decency to spell my name right. Pity that you are trying to make people believe that GMOs are natural. Since when did fish naturally mate with tomatoes and strawberries? You know what is truly uncouth? Lying to people just to make more money.’

He then directed me to this blog by Green Diva Meg where there are some truly wacky ideas about GMOs and technology being promoted as ‘truth’ without incontrovertible scientific evidence. He followed up with:
‘You people are LIARS, you lie so good that you even believe it yourself.’

Some of the things mentioned in that Green Diva Meg blog reminded me of the Penn and Teller Bullshit video I had posted elsewhere (there’s some strong language), and in which GM myths promoted by the likes of Greenpeace are debunked.

Mr Bruhn again raised the ‘Monsanto bugaboo’. I agree that Monsanto did not play a particularly responsible role during the 1980s in the UK when the deployment of GMOs was first being explored; Monsanto’s response (or lack of response) set back biotechnology in the UK from which it has yet to fully recover. But to lay the blame at Monsanto’s door for everything that activists like Greenpeace believe is wrong about GM technology is not only unwarranted but egregious. They obviously have not fully understood how the technology for the development of Golden Rice, for example, has been donated by industry and placed in the public domain for the benefit of humanity. Nor the involvement of philanthropic foundations like the Bill & Melinda Gates Foundation. But I’m sure there’s nothing I can write or say that would convince them otherwise. Pity.

Anyway, getting back to our Facebook spat, I apologized for spelling Mr Bruhn’s name wrong, and then attempted to calm things down with a little humor (I suggested that perhaps he’d got out of bed the wrong side, and that Santa might leave him some tasty GM treats—I’m afraid I couldn’t resist winding him up), he finally added this:
‘Pity that you keep on avoiding the topic and instead choose to focus on my moods. That is an old school classic for people without arguments. I know I am right and you know you are wrong. GMOs are not natural, and anyone who says so is either a paid liar or plain stupid. Regarding your GM treats, just mark them “GMO” so that I can make an informed choice and throw them away. And to make my Xmas more merry, please don’t waste my time by writing back, you have already proved yourself to be a liar.‘

And there our exchange of comments ended, for the time being, although I guess this blog post might stir things up again. It’s really a pity that a rational discussion about GMOs and GM foods is seemingly impossible. Opposition to GM technology seems to be an article of faith. I think that I—as a convinced atheist—am more likely to believe in God than Mr Bruhn would accept GM approaches to solving food insecurity.

Greenpeace has, in many respects played an important role in highlighting and tackling important environmental issues, and I can sympathize with some of these. No worries! But not with regard to their opposition to GM technology. I also wish they would also base their campaigns on solid scientific evidence rather than beliefs. I also decry the tactics and stunts they pull from time-to-time, such as the desecration of the Nazca lines on the coast of Peru (for which they apparently apologized but didn’t seem particularly contrite).

And there it remains.

One thought on “The passion and intemperance of ignorance . . .”