It has taken about three years or more to complete, but finally, on 12 July 2016, Bromsgrove’s new railway station in northeast Worcestershire opened for business as the first train pulled in, on time, at 6:21 am. 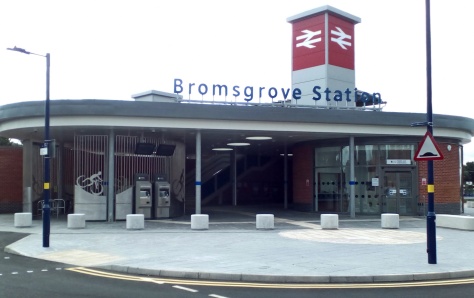 So, 176 years after the first station opened on what was then the Birmingham and Gloucester Railway, Bromsgrove has a new station worthy of the 21st century, and managed by London Midland. 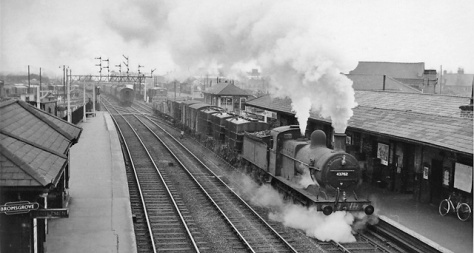 Bromsgrove station in 1960, looking south to where the new railway station has been constructed. 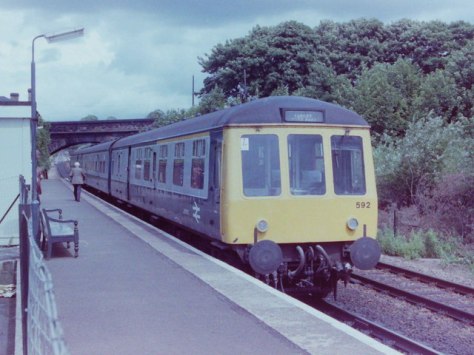 Bromsgrove’s one platform station in 1981. 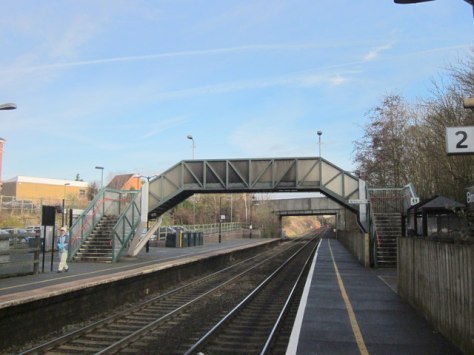 Bromsgrove station in 2012, looking north up the Lickey Incline, taken from the down line platform.

As with many infrastructure projects nowadays it seems, there have been several delays in completing this project. The station should have opened by Autumn 2015. Built on the site of the old carriage works, hidden signalling cables and a previously unmapped culvert required extensive additional engineering works to resolve these issues. In addition, hundreds of tonnes of oil-contaminated soil had to be removed from the site.

Now Bromsgrove proudly boasts of a modern, four platform station provided with lift access to all platforms, a ticket office, bicycle store, toilets, and parking for over 300 cars (payable by the day, week, month or annually). Regular bus services will connect the station with the town center over a mile away. 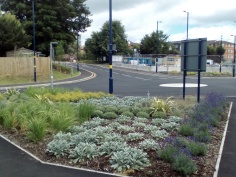 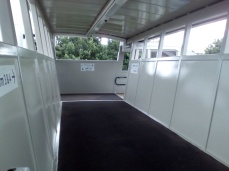 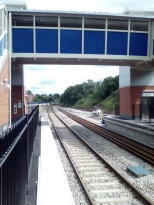 The new station replaces a two platform facility that was upgraded from a single platform (on the up line, towards Birmingham New Street) in the mid-1980s. Until then, trains on the down line (towards Worcester) were diverted on to the up line for the short period necessary to disembark and take on new passengers. Not the most convenient situation, as you can imagine, and one that led to serious traffic restrictions on this busy main line connecting the West Midlands with the south west (Gloucester, Bristol, South Wales, and beyond).

The old station, at the foot of the famous Lickey Incline could accommodate trains with only three carriages. The new station has the length for six carriage trains, and once the electrification of the line has been extended from Barnt Green at the top of the Incline to Bromsgrove, a schedule of four or more trains per hour can be accommodated. Not only will stopping trains park on one of the platform branch platforms, thus permitting express through trains to keep to their schedule, but electric trains will be able to tackle the Lickey Incline faster from a standing start¹, unlike today’s diesel trains that chug up the Incline somewhat sedately.

The final platform branch line will not open until October this year, and new signalling installed. The mainline will be closed for two weeks. The final branch could not be laid until the old station closed as the curve into the fourth platform has to begin from where the old down line platform was located. Work has already begun, the old station platforms demolished, and the rails already laid ready to link into the main line later this year. 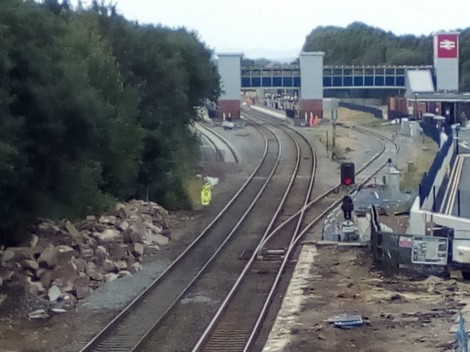 Update (November 2016)
The track laying and realignment are now complete, and new signalling has been installed. We just wait for the electrification of the line to Bromsgrove, which should be completed by this time next year.

Much to my surprise, the new main down does in fact diverge from the old main down through the new Platform 4. You can see where that track was about to be laid in the photos above. And here is the track layout today. The old station was situated immediately below the bridge from where this photo was taken, looking south to the new station. 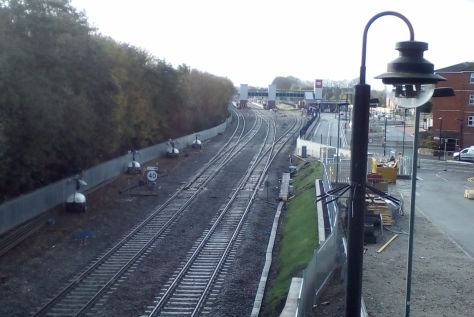 Just south of the station, and on the left of this photo is a small siding for ‘bankers’—locomotives that add power to freight trains waiting to climb the Lickey Incline. They sit at the rear and gives a well-deserved push. Here’s a video from YouTube that illustrates what I mean (before the new station was built and track layout changed. However, this freight train was waiting on the freight loop that has been realigned in the recent work).

Also, the freight loop, that passes through Platform 1, is on the left. 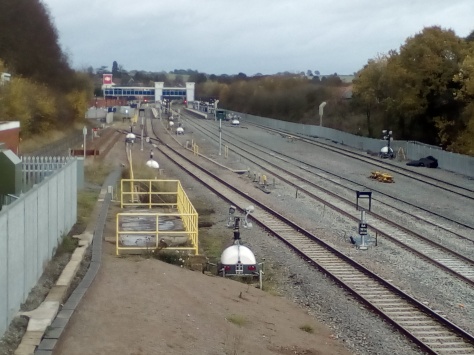 Update (5 October 2018)
Electrification finally came to Bromsgrove at the end of July 2018. There had been serious delays, and Bromsgrove commuters were becoming increasingly angry about the delays to their promised new services.

But the overhead wires were finally installed and went live at the end of May to permit testing of the new installations and driver training before the implementation of the new services. Over the next few weeks, empty trains passed between Birmingham and Bromsgrove.

Bromsgrove is now served by West Midlands Railway, and there are five trains an hour into Birmingham New Street at peak times. Some are Class 323 electric units on the Cross City Line (that now connects Bromsgrove with Lichfield to the north of Birmingham), others are the same old diesel-powered Class 170 units that connect Bromsgrove with Birmingham and Hereford.

As I mentioned earlier in this story when I posted it in August 2016, it was expected that the new electric units would power up the Lickey Incline faster¹ than the diesel ones. Two minutes faster in fact! That might not seem much, but with additional platforms at Bromsgrove to accommodate waiting trains, and faster trains clearing the Lickey Incline sooner, the through expresses are not affected, and more trains per hour can be run. Well, someone filmed the difference between the Class 323 and Class 170 trains; here is the video: