Luke Lightfoot. Never heard of him? Neither had I until just over a couple of weeks ago when we visited the National Trust’s Claydon House in Buckinghamshire, south of Buckingham, east of Bicester. 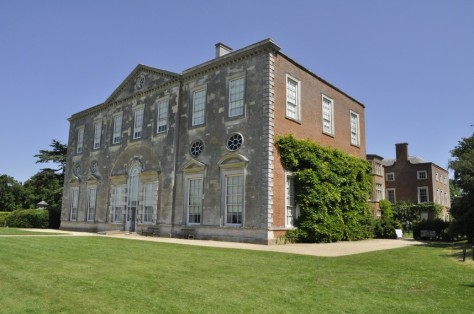 So how does Claydon compare? I think that anyone who visits Claydon House will come away with a sense of wonder of what 18th century master carver and stonemason Luke Lightfoot achieved for his employer, Ralph 2nd Earl Verney who rebuilt the family ancestral home between 1757 and 1771. The Verney family still occupies the red brick wings of the house.

The building standing today is just part of what was originally planned, and at least one wing was demolished. Although the exterior of the building is often described as austere, I think it has a charming symmetry and simplicity.

The interiors however, are something else—a riot of rococo wood carving of the very highest standard. Perhaps the most exquisite examples of 18th century carving to be seen anywhere in the country.

Luke Lightfoot, born in London in 1722, is somewhat of a mystery. Here’s what the National Trust has to say about him: Luke Lightfoot was a brilliant and talented stonemason and carver, but not an architect. However, Sir Ralph Verney engaged him as such at Claydon where Lightfoot used his skills to make impressive carvings, most notably in the north hall here at Claydon. He was a very talented carver but not a very trustworthy one and he swindled away a lot of Sir Ralph’s money before being dismissed.

Most of the work done by Luke survives today, including the painted wooden carvings in the Chinese Room. All of the wood was painted white, which is believed to be because it was all carved in pine which comes in many shades and discolours over time. Due to the preserving coat of paint you can still see the unique and amazing craftsmanship of the carvings today.

The main entrance of the house leads into the Saloon, a beautifully proportioned room decorated in blue and white. You can’t fail to be impressed by the ceiling decoration, or the papier mâché reliefs high up on the walls. 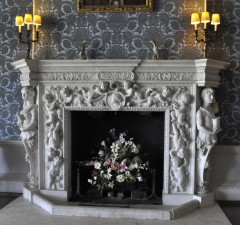 But it’s in the North Hall that some of Lightfoot’s best carving is to be seen. 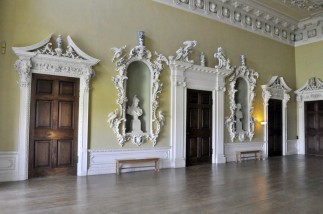 In the library there is equally fine carving high on the walls, but the ceiling was completed by Joseph Rose. 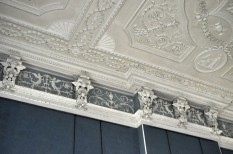 The Grand Staircase is in a class of its own. Can there be a finer example in England? 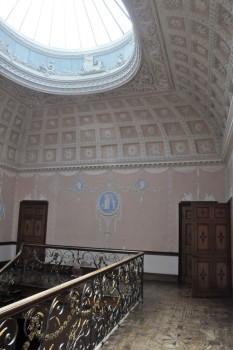 In the Pink Parlor, the door lintels are surmounted by other carvings depicting Aesop’s Fables, and the ceiling of the Great Red Room immediately above has some impressive ‘domes’.

Florence Nightingale was the sister of the second wife, Parthenope, of Sir Henry Verney (1801-1894), and she visited Claydon many times. On the second floor is the bedroom she used. Next door is the Gothic Room in which the only decoration that is not made of wood is the marble fireplace. Can you imagine such carving?

Next to the Gothic Room is the Chinese Room, where the rococo decoration has ‘exploded’. And more impressive ‘domes’ in the Paper Room.

Close by the house, no more than 50 m away is the Church of All Saints, with many memorials to the Verney family, and especially one to Sir Edmund Verney, Standard Bearer to King Charles I, who was killed at the Battle of Edgehill in October 1642. 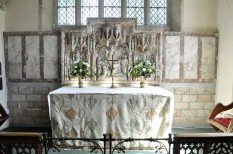 I have only shown photos here of the decoration and architectural features, and I’m grateful to the National Trust for giving me permission for photography in the house. Photography is not normally permitted, and certainly not of any of the Verney family personal effects such as masterpiece paintings and furniture. In the Salon there’s an impressive Van Dyck painting of Charles I for example, and throughout the house there are many more examples of such quality.

Claydon House is not the easiest National Trust property to find. Thankfully we had detailed Ordnance Survey maps to guide us there; signage leaves something to be desired. Road signs petered out in several places, and I did overhear other patrons mentioning this to staff on arrival. That’s something the National Trust needs to improve upon, not just here at Claydon but elsewhere around the country.

I can’t finish this particular blog post without a mention of the volunteers at Claydon, some of the friendliest and most informative we have come across in all our National Trust visits.