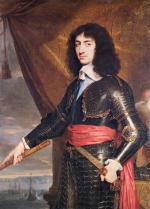 3 September 1651. Just over 33 months since his father, Charles I, had his head removed from his shoulders on a scaffold outside Whitehall in London, the young Charles II (not yet crowned king) was on the run. A fugitive. His plans to defeat the Parliamentarians under Lord Protector Oliver Cromwell had come to nothing. Superior forces of Cromwell’s New Model Army had defeated the Royalists at the Battle of Worcester, bringing an end to the Civil War.

Charles had to escape, but how to return to France and safety? His escape route took him north through Worcestershire (close to where I live, some 13 miles north of Worcester), and through Staffordshire and Shropshire to reach Boscobel House. The Boscobel estate straddles the Staffordshire-Shropshire county boundary (map).

In 1651, Boscobel House was a hunting lodge in the forest. Charles found refuge there, not only hiding in a priest hole overnight, but also among the canopy of a large oak tree (the famous Royal Oak) close by, as Parliamentarian forces searched high and low for him. He was also hidden at nearby Moseley Old Hall (about 10 miles due east of Boscobel, now in the hands of the National Trust, and which we visited in April 2014).

Boscobel House and the nearby White Ladies Priory (which was a converted residence when Charles sought refuge there in 1651) now belong to English Heritage. Yesterday, we made the 45 mile trip north to visit these two sites, and another English Heritage property, the ruins of Lilleshall Abbey, just over seven miles northwest from Boscobel.

Boscobel House and The Royal Oak
The house has Tudor, 17th century and Victorian extensions. The farmyard buildings are Victorian. It was owned by the Giffard family who lived at White Ladies Priory. The lonely Royal Oak that stands in a field a short distance from the house is a descendant of the original tree in which Charles hid.

To the left is the dairy, with the Tudor and 17th century hunting lodge in the centre. The Victorian wing is on the right, painted in black and white to represent a half-timbered Tudor construction.

There is a contemporary text about the ‘visit’ of Charles II to Boscobel on display in the parlour.

A tapestry on the wall of the Oratory just off the parlour.

This 17th century portrait hangs above the fireplace in the Oratory.

The knot garden from the Oratory.

The priest’s hole from the Squire’s Bedroom. 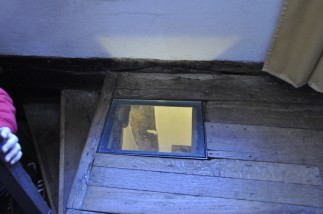 The priest’s hole in the attic where Charles II hid for one night. 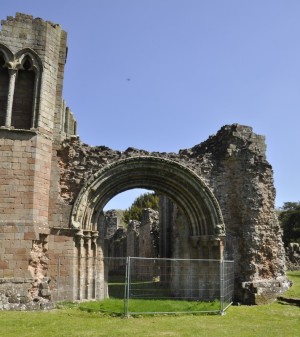 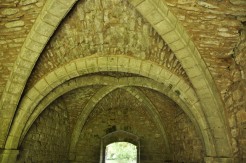