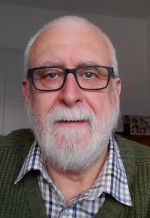 It was a modest piece, just 131 words (the average is now 10x longer), plus one image, a link to a Wikipedia article, one to a video I placed on YouTube, and another two on the BBC News website, about a visit Steph and I had made to an early 19th century steam-fired pumping station along the Kennet and Avon Canal in Wiltshire.

Modest beginnings, indeed. Just click on the image below to take a peek.

After I retired in April 2010 and returned to the UK, our daughters Hannah and Philippa urged me to write down my reminiscences of life at two international agricultural research institutes in Peru (the International Potato Center – CIP) and the Philippines (the International Rice Research Institute – IRRI), and as lecturer in plant biology at the University of Birmingham in the 1980s.

I began toying with the idea of a personal blog around September 2011. I’ve always enjoyed writing, but the thought of staring at a blank piece of paper and beginning at Day 1, so to speak, was rather daunting. I think it was Hannah who suggested I should think about writing a blog. So I did. And it would allow me to combine writing with my other interest: photography.

I did some background research on possible blog platforms and did a few test runs on one or two before settling on WordPress. It appeared to offer the sort of flexibility (and ease of editing) that I was looking for, being able to combine text and images, and hyperlinks to other sites and the like. So for a couple or months I dabbled with different ‘themes’ and color schemes, before settling on the Dusk to Dawn theme. It was originally a design in various shades of blue until I settled on the scheme I’m using today. But that can always change.

And, of course, I had to give my blog a name. That wasn’t so easy. You see, I’d decided that I wasn’t going to limit my blog to just a single theme. I wanted to write about anything that took my fancy: my work experiences, genetic resources, science, music, travel, politics. Hardly any sport, though. I’m not really a sporty type. Anyway, you name it, I think by now I’ve written about it.

I’m not quite sure how I came up with A Balanced Diet, and I’m sure I must have disappointed even a few foodies who landed on my blog seeking words of nutritional or culinary wisdom.

Anyway, since that first blog, things have moved on rather a lot: 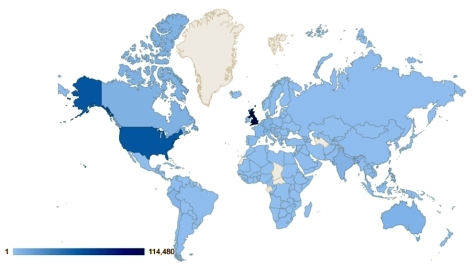 I link to Wikipedia for a lot of background information (and yes, I do make an annual subscription to Wikipedia) or original websites. This permits me to give just a broad outline on many topics without having to go into great detail that can be found elsewhere.

Now I mentioned that I’m not a sporty type, yet the most visited post is one ostensibly about cricket. This is Jackson’s Top 10:

Some of the posts I’ve enjoyed writing most have been about potatoes and rice, or genebanks. And travel, especially our road trips across the USA. Then there are the visits we have made to National Trust and English Heritage properties here in the UK since 2011 and which must account, I guess, for a significant amount of the UK traffic. Just check out the archive or page links on the right hand panel.

At the back end of 2021, I guess from about October onwards, I suffered my first serious writer’s block, and had little enthusiasm for sitting down at my laptop. I’ve only written 10 posts since then.

But now, at last, I feel the muse beginning to grab my attention once again, and hopefully my output will increase.

I started this blog for my own amusement. Others have found some of the stories interesting. I hope you will continue to return to A Balanced Diet. Here’s to the next 705,000 words!