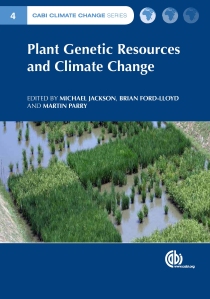 6. International mechanisms for conservation and use of genetic resources
Gerald Moore and Geoffrey Hawtin

MICHAEL JACKSON retired from the International Rice Research Institute (IRRI) in 2010. For 10 years he was Head of the Genetic Resources Center, managing the International Rice Genebank, one of the world’s largest and most important genebanks. Then, for nine years, he was Director for Program Planning and Communications. He was also Adjunct Professor of Agronomy at the University of the Philippines-Los Baños. During the 1980s he was Lecturer in the School of Biological Sciences at the University of Birmingham, focusing on the conservation and use of plant genetic resources. From 1973-81 he worked at the International Potato Center, in Lima, Perú and in Costa Rica. He now works part-time as an independent agricultural research and planning consultant. He was appointed OBE in The Queen’s New Year’s Honours 2012, for services to international food science.

BRIAN FORD-LLOYD is Emeritus Professor of Conservation Genetics at the University of Birmingham, former Director of the University Graduate School, and former Deputy Head of the School of Biosciences. During his tenure as Director of the University Graduate School he aimed to ensure that doctoral researchers throughout the University were provided with the opportunity, training and facilities to undertake internationally valued research that would lead into excellent careers in the UK and overseas. He drew from his experience of having successfully supervised over 40 doctoral researchers from the UK and many other parts of the world in his chosen research area which included the study of the natural genetic variation in plant populations, and agricultural plant genetic resources and their conservation.