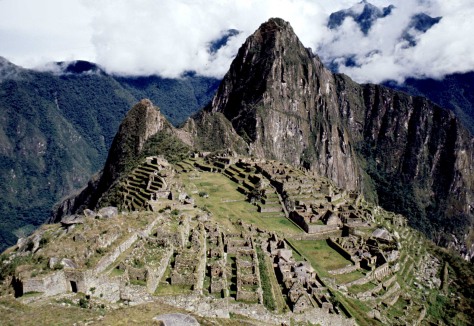 Like many of the people I worked with over the years, I have been able to combine pleasure with business travel. I have seen some spectacular sights in the many countries I have visited, none more so perhaps, than the Lost City of the Incas, Machu Picchu in southern Peru.

Having joined CIP at the beginning of January 1973, I participated in a research planning workshop on the taxonomy and genetic resources of potato. And while we visited Cuzco, I took a day off (with Richard Tarn from Agriculture Canada in Fredericton, New Brunswick – and also a former PhD student of Jack Hawkes) to make the 80 km journey to Machu Picchu, which lies to the northwest of Cuzco. After Steph and I were married in Lima in October 1973, we delayed a honeymoon until December, but then flew south to enjoy a week in Cuzco and an overnight stay at the turista hotel at Machu Picchu itself. And what a bonus that was since the hotel accommodated only a small number of guests – in those days the tourist pressure on the site was much less – and we saw no evidence of travelers camping there. So it was great to see the sunset and sunrise over the magnificent ruins, and to have opportunity to take all the photos we wanted without too many people in the frame.