Morecambe and Wise? Ant and Dec? Lewis and Harris? Not another comedy or presenter duo, surely?

Our journey around the island took one and a half days, to the northern-most tip at the Butt of Lewis, to Rodel on the southern tip of South Harris. We set out from Stornaway to the Butt of Lewis under heavy grey skies, that grew darker and darker the further north we traveled. It was blowing a real gale by the time we reached the Butt of Lewis, the rain was horizontal, and I did wonder whether we’d get chance to see anything at all. But, as on most days of our holiday, the weather improved at the right moment, and it stopped raining. The wind did not drop, however.

Blowing a gale at the Butt of Lewis.

On our way to the Butt of Lewis we had seen a signpost for a stone circle known as Steinacleit, near the township of Upper Shader. So we decided to stop there once we had begun to make our way south.

At first there didn’t appear to be much to see on the ground. But once we had our bearings, it was possible to discern the remains of an outer circle of stones (the remains of an enclosure, perhaps) surrounding a central cairn. The site has not been excavated scientifically, so not much is known about who built the circle and when. What artefacts that were found in the 19th century have been lost.

Looking west towards Loch an Duin, Siadar and the Atlantic, from Steinacleit, Lewis

Next stop on our Lewis itinerary were the Standing Stones at Callanish—a truly remarkable, mystical yet peaceful location, erected on a low hills overlooking mountains and lochs to the southwest. 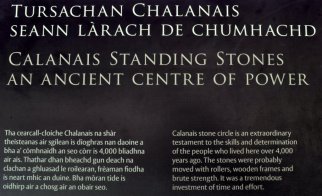 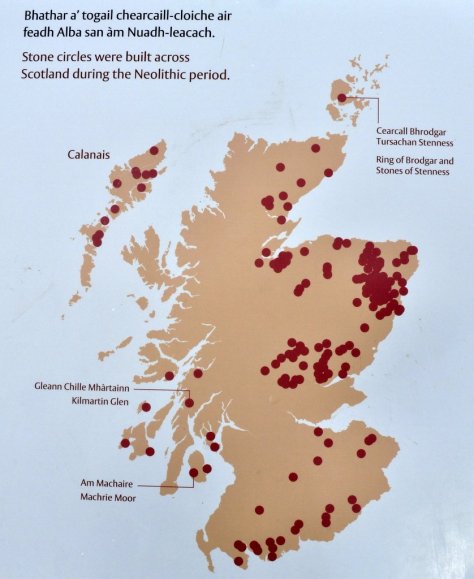 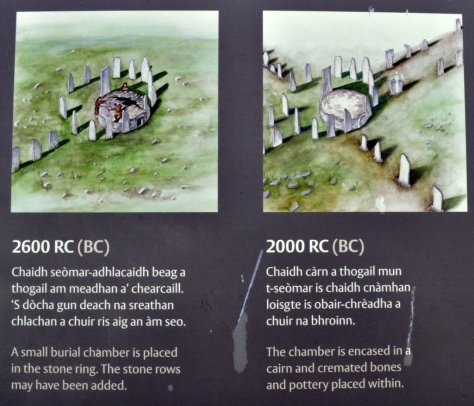 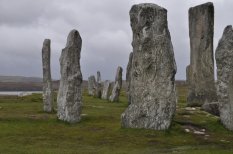 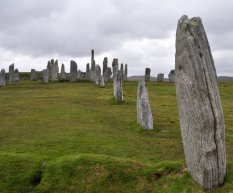 Our third archaeological site was at Bostadh on the north coast of Great Bernera, where an Iron Age village was discovered, and one of the houses reconstructed. 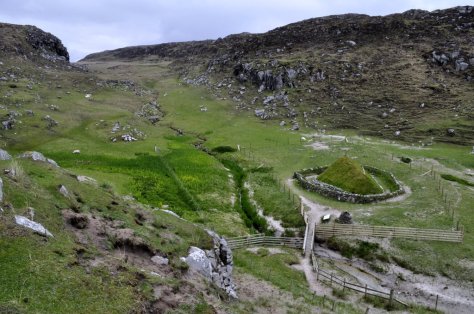 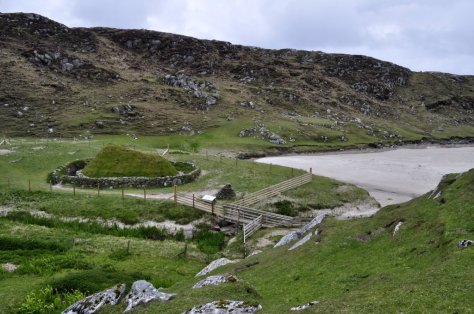 Then we headed further south, into Harris and on to our B&B a few miles south of Tarbert, at Drinisiadar.

The hills of North Harris.

Evening sunshine across the loch in front of our B&B.

The following morning, we had a couple of hours free before we had to take the Sound of Harris ferry from Leverburgh to Berneray (and the Uists). So we had a leisurely drive along the coast of South Harris, ending up at Rodel—the end of the road, where’s there is a beautiful little sixteenth century church of the MacLeod clan, St Clement’s (apparently dedicated to Pope Clement I).

The mountains of South Harris

A side chapel with the sword stones.

One of the finest tombs in Scotland, of Alasdair Crotach MacLeod, 8th Clan Chief of the MacLeods.

Detail around the tomb.

More detail around the tomb. 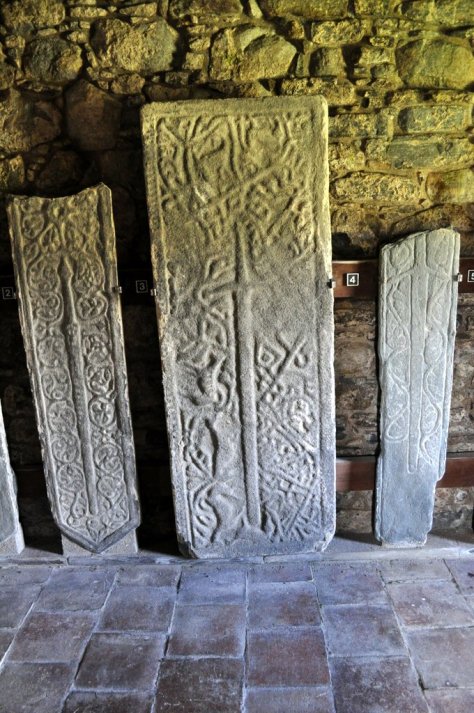