I rarely read fiction. I’d much rather get my nose into some interesting historical tome. But as I’ve found from experience over the past years, not all historians are adept at stringing an interesting narrative together.

Our public library here in Bromsgrove has quite a large history section, but the majority of the books are about WW1 and WW2. I did begin reading some of these, but frankly one or two made me quite depressed after reading one commentary after another about the barbarity of 20th century warfare.

However, when I was looking for a book last week, there was nothing in the history section that attracted my attention, and I’d already read those that would. 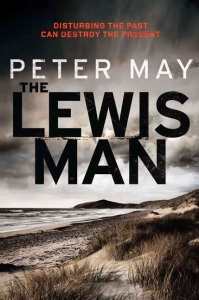 So I was drawn to the fiction shelves, and suddenly had the bright idea to check out if there were any books by acclaimed Scottish author Peter May. Now I have to make a confession here. Until my recent trip to the Outer Hebrides I’d never heard of Peter May (although I think my wife Steph had read a couple of his books). Anyway, to cut a long story short (excuse the pun), I found a couple of May’s books on one of the lower shelves and decided to take them out on loan.

I finished his The Lewis Man (second of his Lewis Trilogy, published in 2012) in a couple of days, and have just started Runaway that was published earlier this year. I don’t intend to write a review of The Lewis Man here. It was an easy read, the narrative guided you through effortlessly, and there was an interesting twist to events at the end.

But what brought the book alive, for me at least, was the fact that I had just completed a road trip that took me from the north of the Isle of Lewis to the southern tip of Eriskay—many of the places and landscapes described in May’s book. So I could really imagine myself there as he describes how events unfold, and in particular how the weather inflicted on the Western Isles has determined where and how humans settled and adapted to this challenging environment.

In collaboration with Lewis photographer David Wilson, May has also published an anthology of prose and images titled simply Hebrides. Now I can’t claim that my images compare in the slightest with the beauty of Wilson’s. I had just the one opportunity to catch the moment during a few days whereas he’s a resident. But here are just a few of mine that came to mind as I absorbed myself in The Lewis Man.

The moor between Stornaway and Barvas, Lewis

The Butt of Lewis

The Butt of Lewis lighthouse

Looking west towards Loch an Duin, Siadar and the Atlantic, from Steinacleit, Lewis

The beach at Bostadh, Lewis

The mountains of South Harris

Crossing the Sound of Harris

The machair at Mhalacleit, North Uist 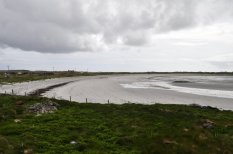 On the A865 towards Clachan from Balranald, North Uist

A panorama over North Uist, looking south from South Clettraval

Derelict house on the road to Lochskipport, South Uist

The harbour at Lochboisdale, South Uist

The silvery sands of Eriskay, looking towards the ferry terminal and Barra to the southwest 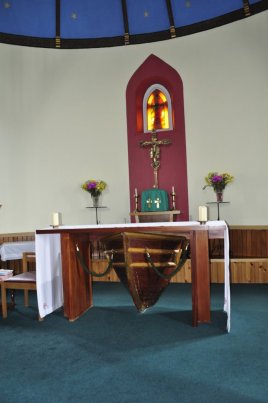 The boat under the altar, St Michael’s Church, Eriskay