In the summer of 1998, when Steph and I were back in the UK on our annual home leave (I was working in the Philippines at the time), we had a week’s holiday in Northumberland. We spent almost the whole week within the boundaries of the county, the fifth largest in England, crossing into southern Scotland for just one night. It was the first time we had visited the county. But it wouldn’t be the last, not by a long chalk.

Our younger daughter Philippa enrolled at Durham University (under 20 miles south of Newcastle upon Tyne) in 2000, and after graduation in 2003, remained in the northeast, marrying Andi in 2010 and now raising two boys, Elvis and Felix. So, we’ve been traveling up to Newcastle at least a couple of times a year, and taking more opportunities to explore the fabulous Northumbrian countryside.

Northumberland has so much to offer, from moorlands to coast. There are so many Roman ruins to explore like Vindolanda and Hadrian’s Wall as well as magnificent castles like Bamburgh, Warkworth, and Dunstanburgh. The coast has some of the best beaches in the whole of the country, but not so good for bathing, at least in my opinion. Why? Because the North Sea is too damned cold!

On two days we headed to the Farne Islands and Lindisfarne Priory on Holy Island.

The Farne Islands
The Farnes (owned by the National Trust) are an archipelago of some 15-20 islands (depending on the tides) up to 4 miles off the northern coast of Northumberland, just south of the border with Scotland. They are one of the country’s most important sites for breeding seabirds, with significant colonies of puffins, terns, guillemots, and kittiwakes, among others. After a short (maybe 30 minutes) boat ride from Seahouses, we arrived at Inner Farne, the only island with access. It was a smooth crossing to Inner Farne in bright sunshine, but by the time of our arrival there, it had clouded over.

Puffins on the cliff edge, with guillemots on the far right. 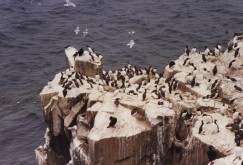 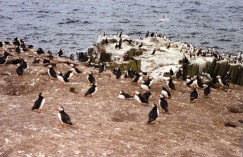 Puffins, with guillemots closer to the cliff edge 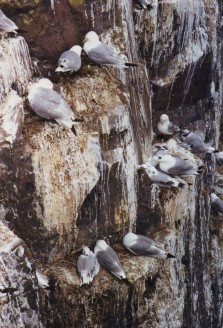 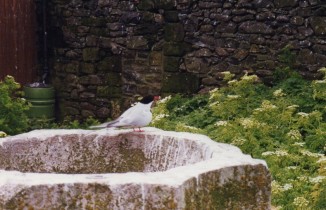 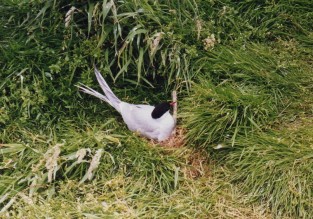 Arctic tern on its nest 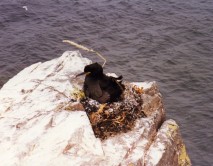 Shag on its nest 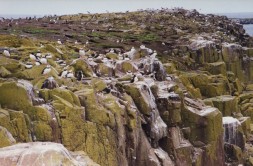 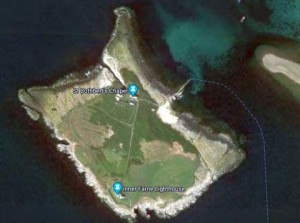 As we approached Inner Farne, it was hard not to wonder at the sheer number of seabirds flying to and from the islands, as well as the rising cacophony of calls from the different species.

After landing, and as we made our way on the short walk to St Cuthbert’s Chapel, and afterwards as we explored other open paths, we were dive-bombed by protective Arctic terns that were nesting in the grass on all sides. And I can assure you that a passing peck from the tern’s dagger-like beak hurts! In fact, the National Trust encourages all visitors to bring suitable headgear for protection.

This was my first up-close experience of large colonies of seabirds. And what a feast for the eyes as you can see from the images above.

Besides the various bird (and grey seal) colonies, Inner Farne also has a long history of human occupation dating back to the late seventh century AD, becoming first the solitary home of St Aidan, and then St Cuthbert (who is buried in Durham Cathedral). Apart from National Trust reserve wardens stationed on the islands during the seabird summer breeding season, the islands are now uninhabited.

But they do have a particular claim to fame for the brave exploits of Grace Darling, daughter of the Longstone lighthouse keeper on another of the islands who, with her father, saved nine persons on board the paddle steamer Forfarshire that was wrecked in a tremendous storm on the Farnes in 1838. She was only 22. She died of tuberculosis in 1842, a national heroine. 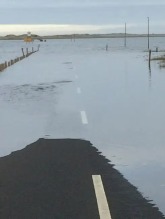 A little further up the coast is Holy Island, the site of Lindisfarne Priory (owned by English Heritage).

Access to the island is across a one mile tidal causeway that is submerged twice a day at high tide, so careful planning is required to safely cross on to the island, and avoid being stranded before the tide covers the causeway. I don’t remember exactly when we crossed, but we had no issues, and had plenty of time on the island itself before returning to the mainland. We did see a couple of cars that hadn’t made it in time, caught in a rising tide and abandoned by their owners.

We did not visit the castle on Holy Island. That is owned by the National Trust. I’m not sure if it was open to the public back in the day. 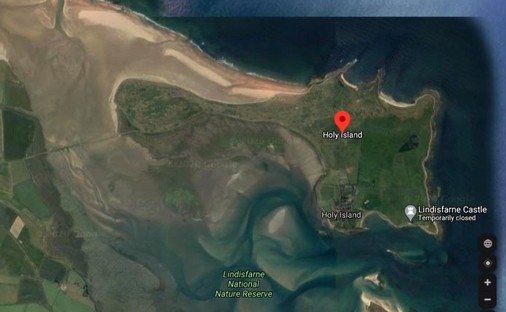 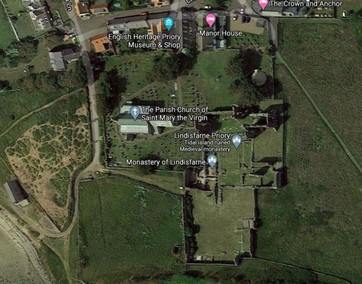 Monks first settled on Holy Island in AD 635, but after a violent Viking raid in AD 793 they fled from the island. The ruins that comprise Lindisfarne Priory date from the 12th century. The most spectacular is the Rainbow Arch. 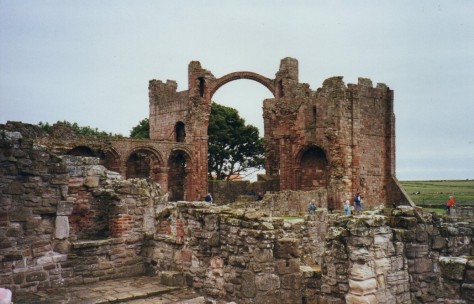 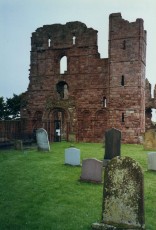 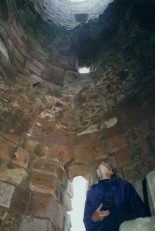 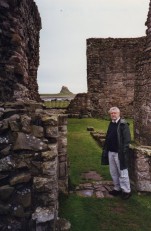 I must have taken more photos, but these are the few that I’ve been able to lay my hands on.

We’ve only scratched the surface of Holy Island. Once we have moved north, then we hope to have many opportunities of exploring this magical place again, including the castle next time.